PHNOM PENH, CAMBODIA (AP) – The leaders of Cambodia and Laos agreed on Thursday (Sept 12) to step up efforts to complete demarcation of... 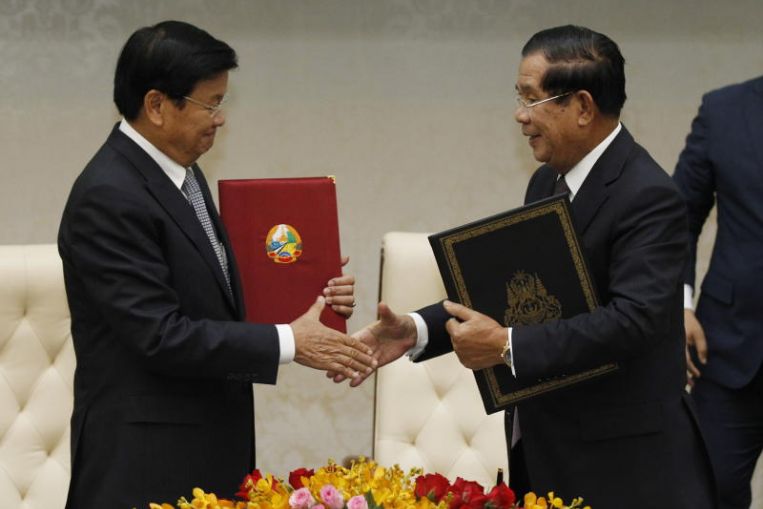 PHNOM PENH, CAMBODIA (AP) – The leaders of Cambodia and Laos agreed on Thursday (Sept 12) to step up efforts to complete demarcation of their border, where disputes have led to armed confrontations in recent years.

Prime Minister Hun Sen and his visiting Lao counterpart, Mr Thongloun Sisoulith, agreed in a statement to complete the process now that 86 per cent of the border has been marked.

The two countries are to add border pillars and produce a map of the border line.

The statement also said the countries would encourage their citizens to act responsibly to turn the frontier area “into a border of lasting peace, friendship and cooperation”.

Cambodia and Laos reportedly dispatched troops to the border region last month in a standoff over the disputed boundary.

There was a similar confrontation in August 2017 when Laos objected to Cambodia’s construction of a road in disputed territory.

Mr Thongloun and his delegation are meeting top Cambodian leaders during a two-day visit.

Both countries have liberalised their economies, but Laos remains a single-party state and both nations restrict political dissent.

The countries signed four agreements concerning Cambodia’s purchase of electricity from Laos, and a memorandum of understanding covering cooperation on labour.

Cambodia faces a shortfall of electricity as it has undergone a construction boom, funded in large part by investment from China. Laos has an electricity surplus from its large hydropower projects.