Lawmakers Brawled Over The Appointment Of A New Speaker In Afghanistan

KABUL (REUTERS) – Afghanistan’s Parliament descended into chaos on Sunday (May 19) when lawmakers brawled over the appointment of a new Speaker, an inauspicious... 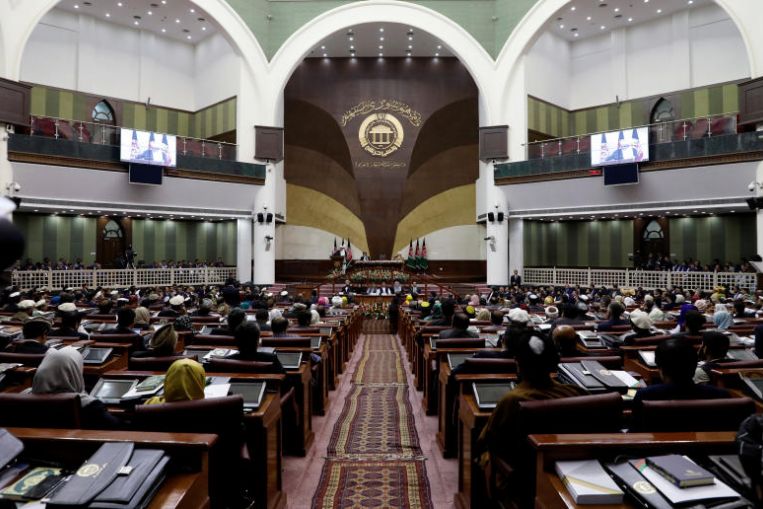 KABUL (REUTERS) – Afghanistan’s Parliament descended into chaos on Sunday (May 19) when lawmakers brawled over the appointment of a new Speaker, an inauspicious start to the assembly, which was sitting for the first time since chaotic elections last year.

Results of last October’s parliamentary election were only finalised earlier this month after repeated technical and organisational problems and widespread accusations of fraud.

Sunday’s incident underscored the turmoil in Afghan politics ahead of presidential elections that are taking place in the shadow of talks between US diplomats and the Taleban about a possible settlement of an 18-year conflict.

On Saturday, Mr Mir Rahman Rahmani, a top businessman, ran for the speakership of the 247-seat House but fell short of a majority by a single vote, triggering a clash between supporters, who declared him the winner, and opponents, who said he had not secured the necessary 124 votes.

“We will never accept the new Speaker and there must be a re-election with new candidates,” said Ms Mariam Sama, a lawmaker from Kabul.

Video footage widely shared on social media showed a brawl among lawmakers, with members of Parliament seen blocking the Speaker’s seat and calling for a re-run of the vote.

Mr Rahmani is the father of Mr Ajmal Rahmani, a rich businessman popularly known as “Armoured Ajmal” after his business selling bulletproof vehicles to the Kabul elite.

“He has secured a majority of the votes and one vote is not an issues, so he is our new chairman,” said Mr Nahid Farid, a lawmaker from Herat who supports Mr Rahmani.