Atambayev was stripped of his immunity from prosecution in June in the wake of corruption allegations Kyrgyzstan’s former president Almazbek Atambayev... 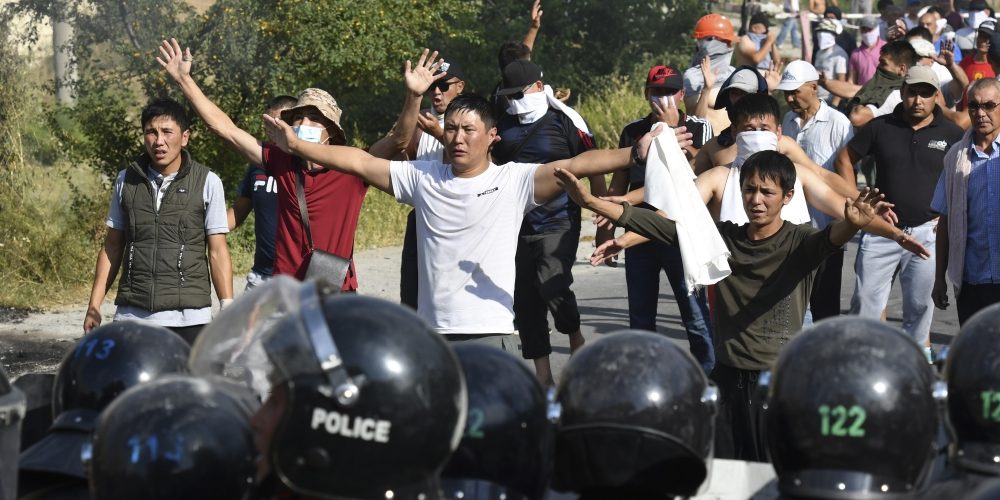 Atambayev was stripped of his immunity from prosecution in June in the wake of corruption allegations [File: Shakh Aivazov/AP]

Kyrgyzstan’s former president Almazbek Atambayev was taken into custody on Thursday following a bloody raid that left at least one government personnel dead.

Local media and Russian state news agencies were the first to report the arrest in the capital, Bishek. The interior ministry later confirmed the report.

He is currently being held at the building of the State National Security Service (GKNB) while hundreds of his supporters gathered in centre of the city and blocked a major thoroughfare.

More than 80 people were also reported injured in the operation, according to Russian state news agency RIA Novosti.

An AFP correspondent at the square next to the country’s main house of government saw some of Atambayev’s supporters throw stones at a police vehicle driving through the area.

Police later broke up the crowd and brought the area under control using stun grenades.

Authorities in the former Soviet republic in Central Asia had been seeking to arrest Atambayev on corruption allegations upheld by the current president.

“It has been clear for some time that a stand-off between the current and former presidents was inevitable, especially after Atambayev said he would not work with the current president and would seek to ‘work around him,'” Eurasia expert Chris Weafer told DPA news agency.

“The country was facing the prospect of two governments under the elected president and the former president,” said Weafer, a senior partner at the Eurasia-focused investment firm Macro-Advisory.

Kyrgyzstan’s current president, Sooronbay Jeenbekov, condemned his predecessor as a law enforcement officer was killed in an earlier attempted storming of the residence. 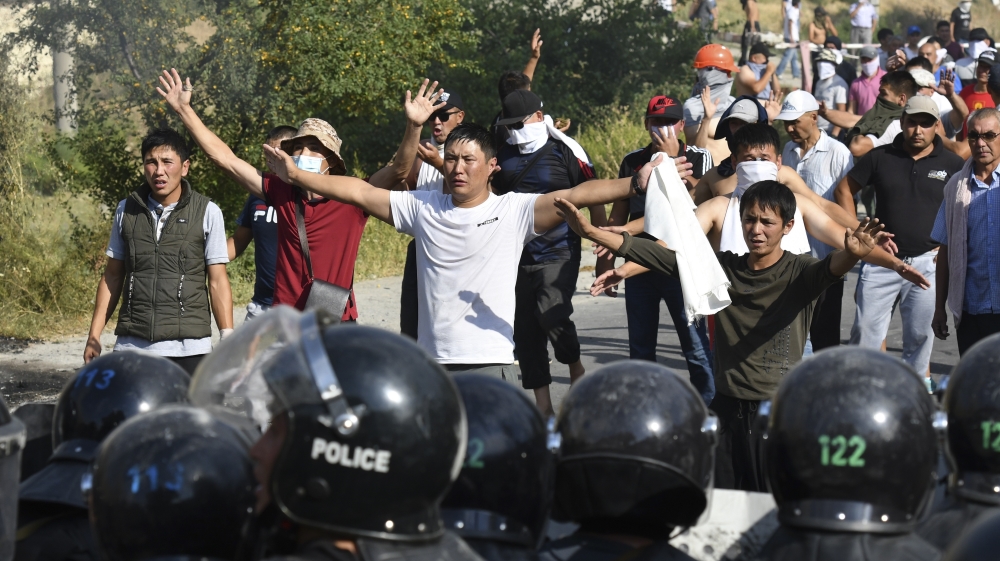 “Atambayev and his supporters put up armed resistance with the use of a firearm. They have gone far beyond the law,” Jeenbekov told parliament.

The two men were once friends and Atambayev backed Jeenbekov’s candidacy in the 2017 elections. But the two fell out just months after Jeenbekov’s inauguration as Atambayev publicly criticised his successor.

Atambayev, who served from 2011 to 2017, was stripped of his immunity from prosecution in June in the wake of corruption allegations. The 62-year-old has rejected the charges and in turn accused the current authorities of abuse of office.

Russia is closely following events in Kyygyzstan, Russian Prime Minister Dmitry Medvedev said on Thursday as he arrived in the country to attend a meeting of heads of government of Eurasian Economic Union (EAEU) member states.

Earlier, the Russian foreign ministry also said it considered the events in Kyrgyzstan an internal matter.  Russian President Vladimir Putin was being briefed on the situation regularly.

A landlocked country bordering China, Kyrgyzstan has experienced two revolutions in the past two decades, in 2005 and 2010.