Kyle Busch came back from behind to pull off a victory at the Auto Club 400 on Sunday, marking his 200th career win across NASCAR’s three... 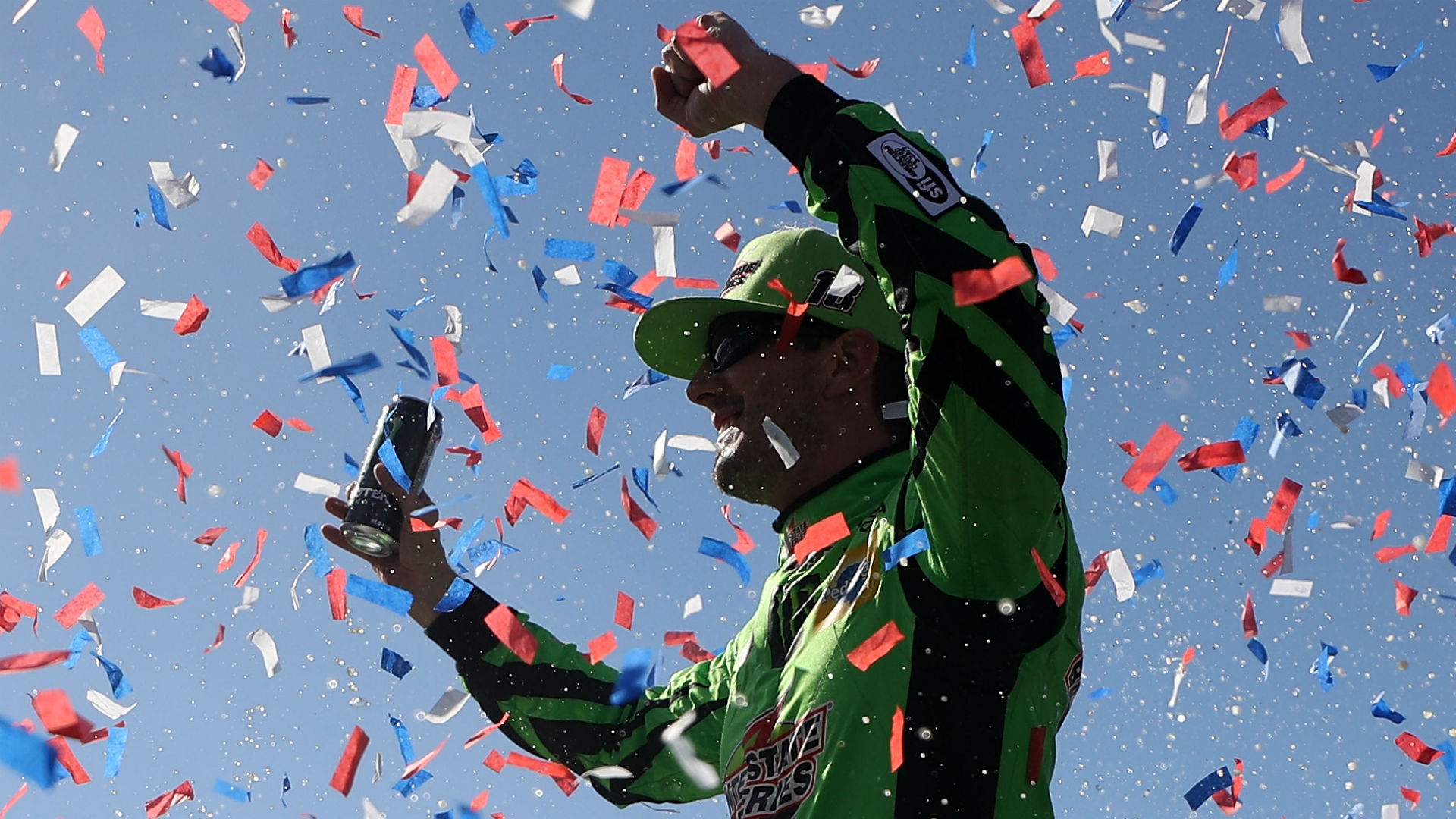 Kyle Busch came back from behind to pull off a victory at the Auto Club 400 on Sunday, marking his 200th career win across NASCAR’s three major series.

Immediately after Busch finished the race, he told his team over the radio: “Awesome race car! Thank you, thank you, thank you! All I do is win, win, win no matter what! Can you imagine if I could have got Vegas and Xfinity yesterday? How many in a row? How many?”

The victory gave Busch his 53rd career NASCAR Cup win, and his second of the season as he won last weekend at ISM Raceway. The 33-year-old driver expressed gratitude toward his teammates after climbing out of his car.

“Whatever it means, it means a lot to me.” – Kyle Busch pic.twitter.com/6JpDj9qWNt

Busch almost didn’t walk away with a win in California, though, after he received a penalty for speeding off pit road. He was the leader through Stage 1 and 2, but fell to 18th place with 73 laps to go.

“I knew we had a great race car all day long and we were fast. I just didn’t know how well we would be able to come through the field and get back through traffic and get our way back worked up to the lead,” Busch said. “Fortunately we had to have a little luck on our side.”

In addition to the milestone, Busch tied Richard Petty’s NASCAR record as they both hold 200 career wins.