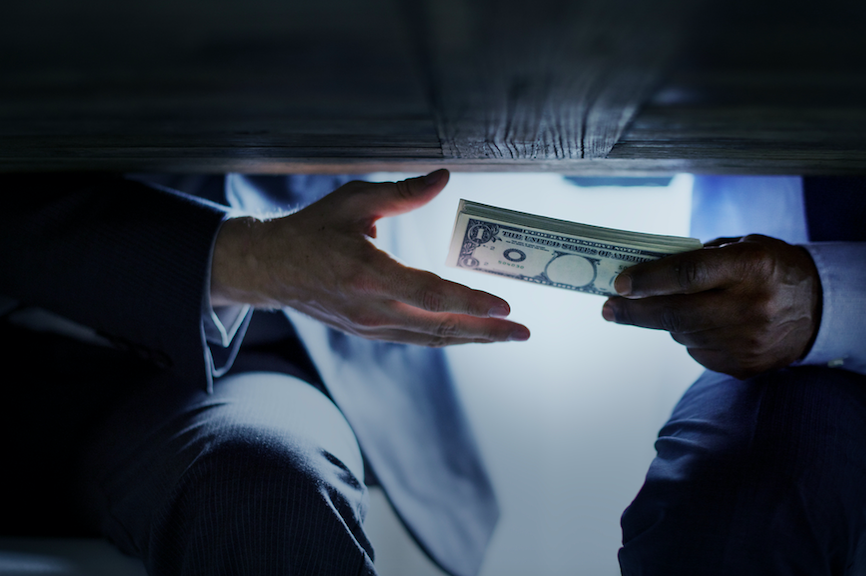 The Deputy Secretary-General of the Corruption Detection and Investigation Sector in the Kuwait Anti-Corruption Authority ‘Nazaha’ Dr Muhammad Bu Buzuber said a study prepared by Nazaha shows the vast amount of corruption and said what is ‘stolen’ from the Treasury must be returned to the treasury – the money that is at the discretion of people and stolen from time to time, reports Al- Rai daily.

He went on to say, “It is difficult to find a clear definition for corruption that has become appropriate for all times, but it is what is known according to international regulations,” Buzuber told Al-Rai TV.

There are other aspects related to corruption and said ‘wasta’ is a culture issue that needs to be changed, and this is what “we have been keeping in mind since the issuance of the Anti-Corruption Law, but this needs to be amended from time to time. As long as there is a desire for equal opportunities, which is already entrenched in the Constitution our laws need to re-activated until we get concrete results.”

He pointed to the impact of public opinion and the media on corruption issues, saying there is a great understanding of the difference between what is said in social media, and what we have on paper, because the verification of the existence of corruption requires that there is evidence. “We are not an investigating body, and our task is to compile a report and go to the attorney general with what we believe,” Buzuber said.

Regarding the subject of the financial disclosure statements, Buzuber explained that the financial disclosure is about a person disclosing what he/she owns in terms of real estate, money and other obligations and debts, as soon as he takes public office since the issuance of the decision to appointment or continuation in the job, and this declaration is filled out.

With regard to the late declarations, he said “the number has reached 2,298, while the number of those who have declared their assets on time is 11,674 declarations. He pointed out there are inspection committees to verify the correctness of the information contained in financial disclosure, there are formal and substantive examinations related to the statement between the salary and revenues, if the examination committees see suspicion of corruption, they report to the head of the commission, which in turn refers the case to the Public Prosecution, and finally the examination committees, which are four in number have until now held 226 meetings, and played the required role.

Meanwhile, Public Authority for Anti-corruption (Nazaha) has invited Kuwait University to participate in a workshop on “Credibility in Higher Education”, aimed at fighting literary cheating and plagiarism, reports Al-Qabas daily. In a letter to the university administration, Nazaha revealed the plan to shed light on the phenomenon of literary cheating and plagiarism that has been reflecting on educational products, as well as its correctness and appropriateness for the national criteria.

The workshop will also discuss tools for evaluating the problems and identify successful global practices for wiping it out. Also, it disclosed the intention to activate the national initiative contained in the national strategy for anti-corruption and informed that the plan is afoot to collaborate with the International Educational Planning Institute, an affiliate of the United Nations Education, Scientific and Cultural Organization (UNESCO) through Nazaha program in education. Nazaha has requested the university to specify the number of participants in the workshop that will come up on Oct 22 with a maximum of 100 participants including university professors, deans of colleges and their vices of students affairs.