According the Saudi-owned Elaph news site, the King of Bahrain, Hamad bin Isa Al Khalif, has turned down a request by Israeli Prime Minister... 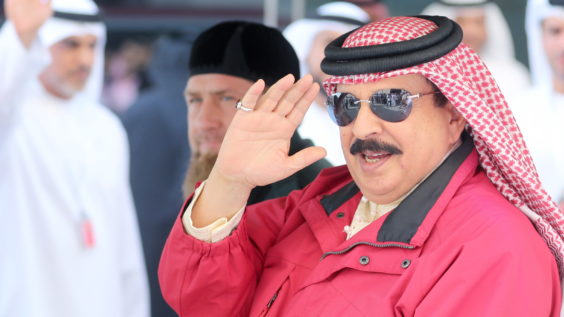 According the Saudi-owned Elaph news site, the King of Bahrain, Hamad bin Isa Al Khalif, has turned down a request by Israeli Prime Minister Binyamin Netanyahu to meet in Manama in August. Citing “senior sources,” the daily – which over the past year interviewed several high-ranking Israeli politicians as well as the former military chief – claimed that Netanyahu had used an envoy to relay the request in order to inform Bahraini officials about “a dangerous security matter.” Nevertheless, the monarch declined the proposed visit, reportedly saying that “the time has not come yet.” While there has been a rapprochement between the Jewish state and Sunni countries in the Gulf based on a common interest in neutralizing Iran, most Arab leaders remain hesitant to meet publicly with Netanyahu due to the stalemated Israeli-Palestinian conflict. Netanyahu’s alleged overture comes a month after Bahrain hosted a US-sponsored summit in the country, where the economic components of the Trump Administration’s Middle East peace plan were unveiled. Meanwhile, White House officials denied reports earlier this week that President Donald Trump would host a peace summit at Camp David prior to Israel’s September 17 national elections. The president’s senior adviser and son-in-law, Jared Kushner, is currently leading a six-nation tour of the Middle East to follow up on the recent conference in Manama.