Khloe Kardashian Looks Fit as She Models For Her Clothing Brand

The 35-year-old businesswoman was seen modeling in photos that showed off her toned abs in a marbled sports bra and silver yoga pants. ‘@khloekardashian...

The 35-year-old businesswoman was seen modeling in photos that showed off her toned abs in a marbled sports bra and silver yoga pants.

In the photos, Kardashian can be seen taking the picture on her phone as she poses in a hallway.

The reality TV star wears her hair up in an updo as she poses in a pair of slip on sandals.

Her makeup is kept to to minimum  as she accessorizes with a simple gold necklace.

Kardashian also posted a snap of herself in a different colorful Good American bra and pant set in her home gym. 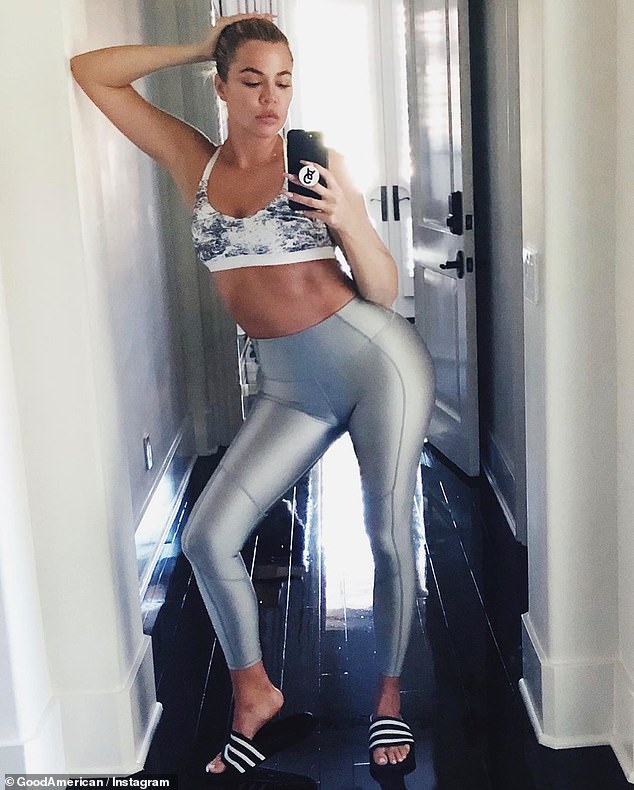 The post comes as the socialite’s ex, Tristan Thompson, left another flirty comment on Kardashian’s Instagram as rumors swirl that she’s ‘toying’ with the idea of getting back with him.

Thompson, 28, who allegedly cheated on the reality star two times during their two and a half year romance, recently commented: ‘Fit’, with two fire emojis, on his ex’s page.

Replies on the comment ranged from the likes of: ‘Stop it. please don’t go back’ and ‘if she takes you back she deserves you. And you deserve her.’

But it isn’t the first time the Cleveland Cavalier has reached out, even publicly. 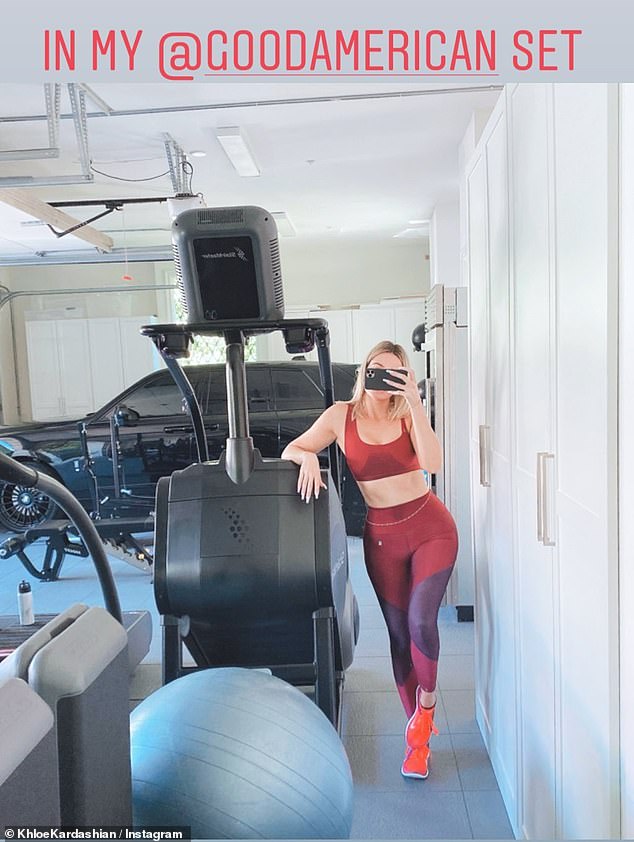 Just a few days ago, Thompson commented on an Anna Nicole Smith-inspired post of Kardashian’s, writing ‘Perfection [heart eyes emoji],’ but then deleting it.

The two split in February after Kardashian found out that the athlete had cheated on her with her sister’s best friend, Jordyn Woods, at a house party in LA.

The adulterous tryst was the second time Thompson had allegedly cheated, the first being right before the couple welcomed their 18-month-old daughter True in April of 2018.

Dailymail.com revealed at the time that the NBA star had cheated on his then-pregnant girlfriend with a strip club worker from New York City named Lani Blair.