Reuters/Nairobi Kenya has secured 67.5 billion shillings ($666 million) in funding from China to build a data centre in a tech city currently under... 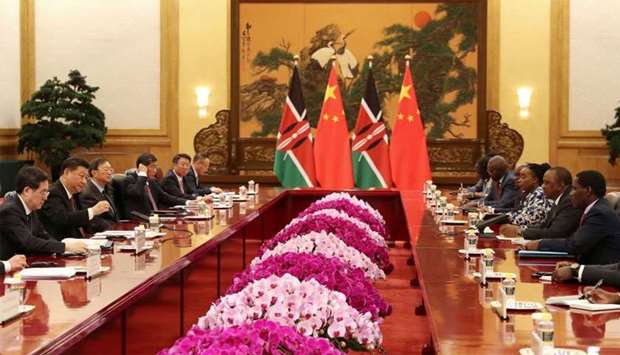 Kenya has secured 67.5 billion shillings ($666 million) in funding from China to build a data centre in a tech city currently under construction and a highway in Nairobi, the president’s office said on Friday.

Kenya has turned to China over the past few years for funds, technology and equipment to develop its infrastructure, including its biggest project since independence, a new railway linking Mombasa to Nairobi, opened in 2017.

The new funding will consist of loans at low interest rates and partnerships with private firms. The tech city will be built in Konza, about an hour’s drive from Nairobi.

Chinese telecoms firm Huawei will develop the Konza project at a cost of 17.5 billion shillings, according to the statement from President Uhuru Kenyatta’s office. It was issued from Beijing, where Kenyatta is attending the second Belt and Road Forum.

The remaining 50 billion shillings will go to build a highway in the capital linking the main airport with the suburbs, to be carried out by China Road and Bridge Corporation at a cost of 51 billion shillings.