Katara – the Cultural Village and Qatar-America Institute signed a memorandum of understanding (MoU) yesterday to boost ties and co-operation in the cultural field.... 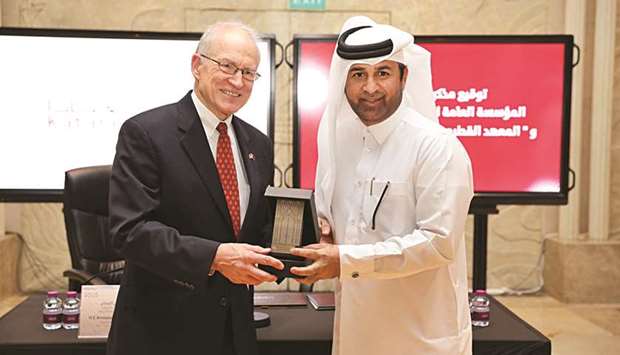 In a press statement Dr al-Sulaiti said this MoU will open many opportunities for both sides to collaborate and organise different cultural events such as art exhibitions and mutual publications of research, in addition to knowledge sharing. “The MoU is part of our strategic partnership with the Qatar-America Institute to build cultural bridges between the Qatari and American nations”, Dr al-Sulaiti added.

For his part, Untermeyer said that he is glad to be back in Qatar after serving as US ambassador to Doha previously. “Our aim through these agreements is to spread awareness among the American people about the Qatari culture as we already have many partnerships with Qatar in different fields, but we would also want to tackle cultural fields of co-operation”, said Untermeyer, who was honoured by Dr al-Sulaiti with a memorial shield from Katara.