Wikileaks co-founder Julian Assange could face a renewed investigation into an allegation of rape in Sweden. It comes after he was arrested on a... 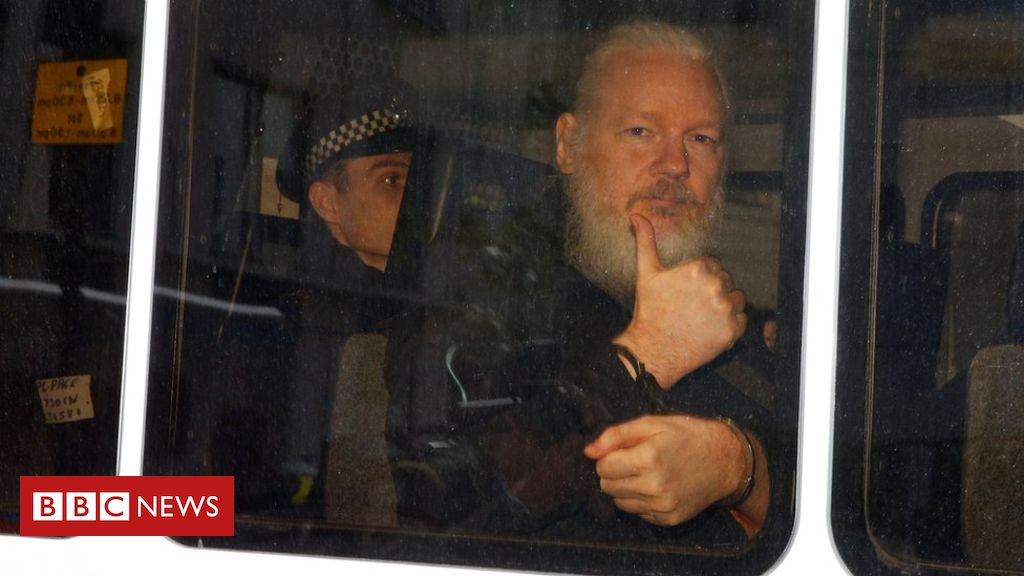 Wikileaks co-founder Julian Assange could face a renewed investigation into an allegation of rape in Sweden.

It comes after he was arrested on a separate charge in the Ecuadorian embassy in London where he had claimed asylum for seven years.

The alleged victim’s lawyer said she would do “everything we possibly can” to get the investigation reopened.

The United Nations called for Assange’s right to a fair trial to be respected during any extradition process.

Australian-born Assange, 47, also faces a charge of conspiracy to commit computer intrusion in the US for his alleged role in one of the largest ever leaks of government secrets in 2010.

He sought refuge in the Knightsbridge embassy in 2012 to avoid extradition to Sweden on sexual assault charges. But Ecuador abruptly withdrew its asylum and invited the police to arrest Assange on Thursday.

After his dramatic arrest, he was taken to Westminster Magistrates’ Court and found guilty of a British charge of breaching bail. He spent Thursday night in custody and is facing up to 12 months in prison for that conviction.

Swedish prosecutors dropped a rape investigation into Assange in 2017 because they were unable to formally notify him of the allegations – a necessary step in proceeding with the case – while he remained in the Ecuadorian embassy.

They will now re-examine the rape case to decide whether to resume it before the statute of limitations runs out in August 2020. Assange denies the allegation.

With Assange facing extradition proceedings and up to five years in federal prison on the US computer hacking charge, shadow home secretary Diane Abbott told BBC Radio 4’s Today programme that the UK should resist handing him over.

She said: “This is all about Wikileaks and all of that embarrassing information about the activities of the American military and security services that was made public.”

But she said Assange should face the criminal justice system if the Swedish government charged him.