Algerian judges and prosecutors lift placards during a protest in front of the judicial council in the capital Algiers Striking Algerian judges returned... 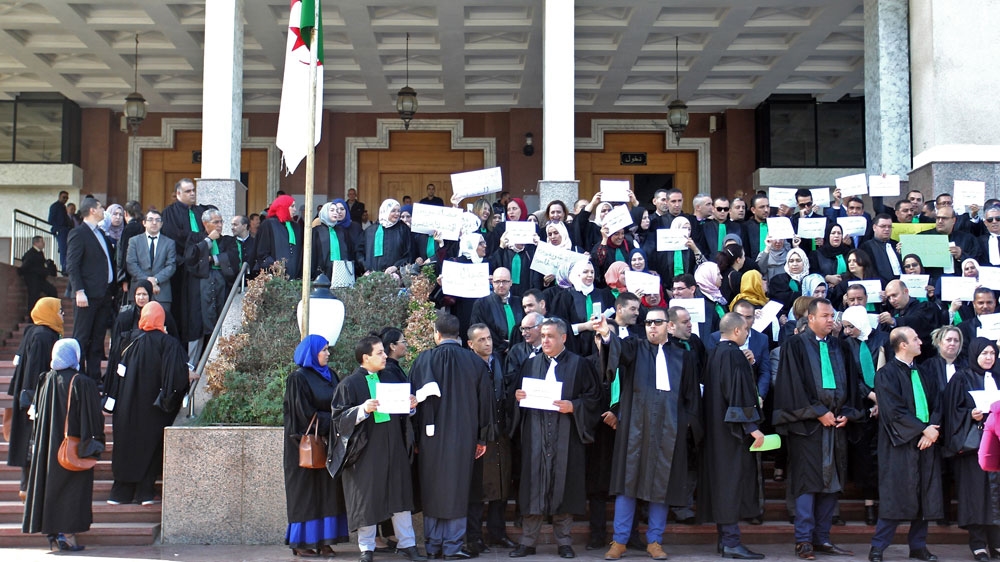 Striking Algerian judges returned to work Wednesday, a day after their main union announced an end to a mass 10-day walkout over alleged executive interference in the judiciary.

Hearings resumed in Sidi M’hamed court, the main jurisdiction in Algiers, an AFP journalist said, while in second city Oran, some 350km (220 miles) west of the capital, lawyer Wafa Boukadoum said judges were also back at work.

At the time, the National Magistrates’ Syndicate (SNM) decried the transfers by the justice ministry as “a stranglehold by the executive over the power of the judiciary”.

But the SNM said an agreement was reached with the ministry on Tuesday that would allow judges to challenge their transfers by filing appeals to the Supreme Judicial Council.

It also said the deal involved setting up a workshop to “enrich” legislation on judicial independence.

But in Sidi M’hamed, lawyers said they were disappointed by the decision to end the strike. One alleged that judges had been swayed by a promise of “huge wage increases”.

“They have sacrificed the independence” of the judiciary, the lawyer added on condition of anonymity. “It’s shameful.”

Judges play a major role in overseeing elections in the North African country, which has been rocked by anti-government protests since February.

Angry at unemployment, corruption and an elderly elite seen as out of touch with the young, Algerians began taking to the streets on February 22 to protest, initially against ailing Bouteflika’s plans to remain in office, and then for the removal of all remnants of a secretive political and military establishment that has dominated the country for decades.

The demonstrators have repeatedly demanded key figures of the ruling elite step down and credible institutions be established before elections are held.

The army, led by powerful chief of staff Lieutenant-General Ahmed Gaid Salah, is seen as the main player in Algeria‘s politics. Gaid Salah has also promised transparency and fairness for the December 12 vote.