Odebrecht admitted it paid nearly $788m in bribes in 12 countries to win infrastructure projects in Latin America A judge in Peru has... 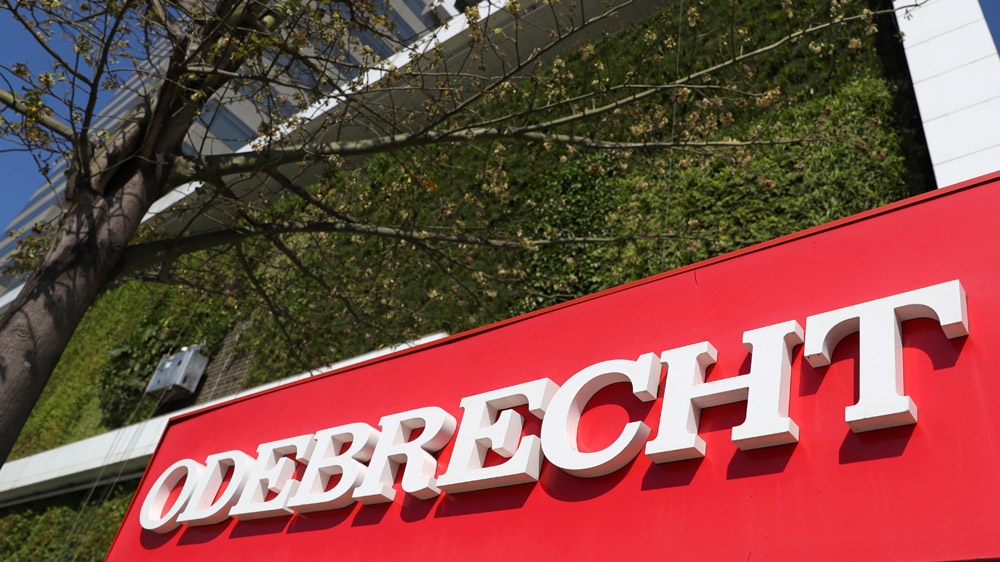 A judge in Peru has ordered 14 top lawyers to be jailed while they are being investigated for allegedly favouring construction giant Odebrecht in public-works contracts.

Judge Jorge Chavez said on Monday each lawyer will spend 18 months in preventive detention for participating in 42 arbitration processes that allowed the Brazilian conglomerate to earn at least $250m.

The lawyers rejected the accusations, and their defence teams appealed the ruling.

The order is the latest blow in the scandal involving Odebrecht which has admitted paying nearly $788m in bribes in 12 countries to win infrastructure projects in Latin America, including some $30m in Peru.

The scandal has also ensnared the past four Peruvian presidents who have either been jailed on corruption charges or are currently under investigation for fraud. In April, former President Alan Garcia died after shooting himself as police arrived at his house to arrest him.

Odebrecht, the largest construction company in Latin America, was founded in 1944 in northeast Brazil.

Former chief executive officer Marcelo Odebrecht was arrested in 2015 and later sentenced to 19 years in jail for corruption. He has been under house arrest since 2017.

In 2016, Odebrecht agreed to the world’s largest-ever corruption leniency fine with prosecutors in Brazil, the United States and Switzerland, paying at least $3.5bn.