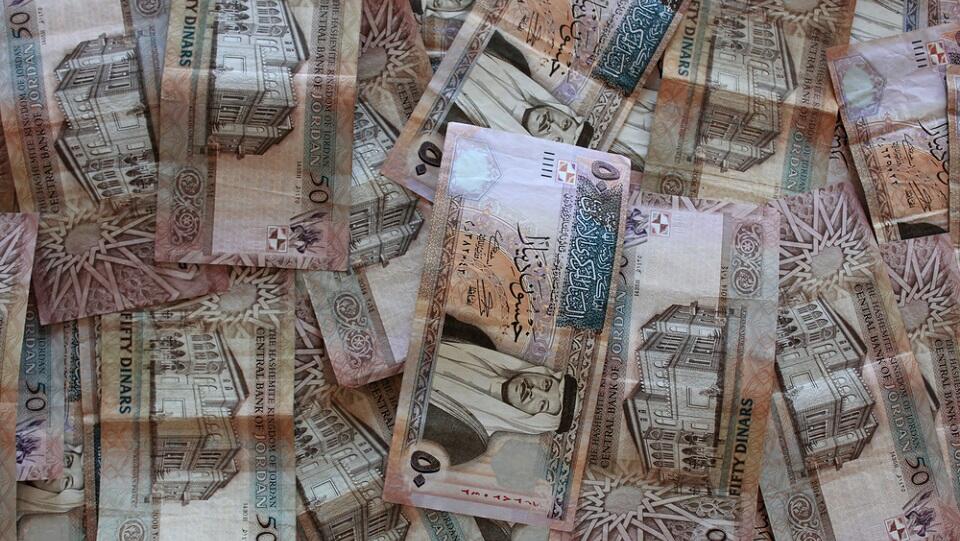 Jordan’s debt-to-GDP ratio is expected to be on a gradually declining path as fiscal consolidation in the Kingdom is expected to resume this year and next, a report by Moody’s credit agency said on Monday.

“Jordan’s [B1 stable] credit profile will gradually become more resilient with the resumption of fiscal consolidation this year and proposed structural reforms,” Moody’s Investors Service said in a report this week.

Fiscal consolidation stalled in 2018, with the overall deficit rising due to social spending pressures, but Moody’s expects it to resume this year and next, gradually setting the debt ratio on a declining path, the report indicated.

According to official figures, public debt reached JD26.8 billion at the end of February 2019, accounting for 94.4 per cent of the gross domestic product.

“Jordan’s 2019 budget anticipates a return to fiscal consolidation, supported by the new Income Tax Law and reduced defence spending, among other measures,” Alexander Perjessy, Moody’s vice president and senior analyst, was quoted as saying in the report, a copy of which was obtained by The Jordan Times.

“Although we expect the government to fall short of its budget targets due to weak growth, we still expect the overall fiscal deficit to narrow, assuming the government reins in its off-budget spending,” Perjessy added.

Moody’s indicated that it expects Jordan’s external deficits to decline in the medium term as the recovery in exports and a pick-up in tourism receipts continue at a time of improving regional security and as oil prices remain moderate.

Despite such predictions, the debt-to-GDP ratio remains high, according to economist Mazen Irsheid.

“The debt ratio is still high even though it stabilised in the past two years after growing rapidly between the years 2013 to 2016,” Irsheid told the Jordan Times on Monday.

“The main challenge Jordan will face is to reduce its expenditures,” he added.

While the main goal of economic reforms that began three years ago was to reduce the debt-to-GDP ratio from 95 per cent to 78 per cent by the end of 2020, this did not end up happening, according to Irsheid.

“I see some kind of financial stability in the coming years, however, the debt ratio will remain above 90 per cent, but that is a good sign since it will not grow beyond its current rate of 95 per cent,” the economist noted, adding that revenues from taxes will grow this year, but as long as total expenditures are not controlled, “we would not see further progress”.

He indicated that it was a good sign that Jordan succeeded in lowering its borrowing costs in the recent years by reducing the interest rate on loans borrowed and extending debt maturity, which would help reducing pressure on Jordan’s financial budget.

In order to make the public finances more resilient to potential global energy price increases, both Irsheid and the report suggest the state-owned NEPCO should be restructured.

“The process of restructuring would not be fruitful if Jordan does not seriously reform its energy sector,” Irsheid said.

“Jordan currently imports 96 per cent of its energy needs, and most recently imported heavy oil at high costs to make up for halt in supply of Egypt’s gas pipeline… this proved very costly and led to tremendous losses for NEPCO,” the economist said, suggesting that real restructuring starts with intensifying Jordan’s gas exploration endeavours on its own lands as, currently, Jordan’s gas production stands at only 5 per cent of Jordan’s overall consumption.

In addition, Irsheid believes Jordan’s external deficits would see a positive decline in the medium term if they are accompanied with a consistent recovery in exports and tourism receipts and a continuation of improved regional security, with the hope that oil prices remain reasonable.