Jordan, Turkey Bolstered Their Partnership and Cooperation in Various Fields

Amman and Istanbul have bolstered their partnership and cooperation in various fields, including economy, investment, tourism and security along with furthering coordination towards resolving... 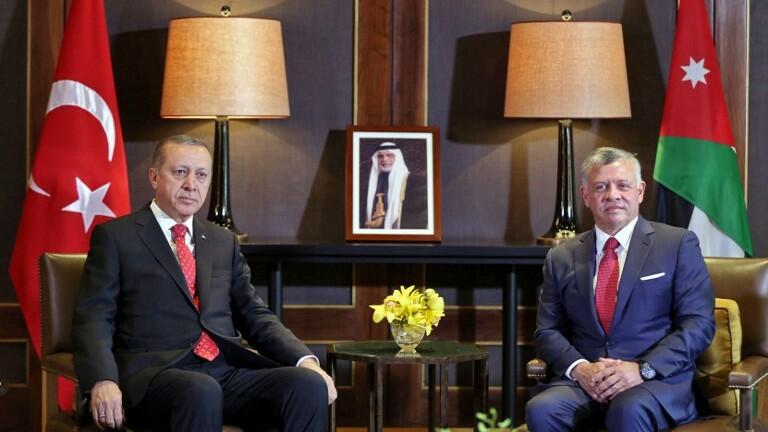 Amman and Istanbul have bolstered their partnership and cooperation in various fields, including economy, investment, tourism and security along with furthering coordination towards resolving regional challenges, Foreign Minister Ayman Safadi said on Monday.

Delivering a speech at the 11th Turkish Ambassadors’ Conference, Safadi reaffirmed the centrality of the Palestinian cause, stressing that the sole path to comprehensive peace is through resolving the Palestinian-Israeli conflict on the basis of a two-state solution that guarantees the establishment of an independent Palestinian state on the June 4, 1967 lines with East Jerusalem as its capital, in accordance with international legitimacy resolutions and the Arab Peace Initiative.

Safadi’s participation in the Ankara-hosted conference came upon an invitation made by his Turkish counterpart Mevlut Cavusoglu, according to a ministry statement.

He hailed Turkey’s unwavering stances towards the Palestinian cause and Jerusalem, noting that the Turkey-hosted summits attended by the King, have affirmed the two sides’ unified position that rejects assaults against Jerusalem.

Cavusoglu opened the ceremony by reiterating his country’s support to the Hashemite Custodianship and the Kingdom’s efforts in this arena, expressing his country’s keenness to advance partnership with Jordan.

Safadi also reviewed with attendees the pressures the Kingdom is experiencing as a result of the Syrian refugee influx, highlighting the need for intensifying efforts to reach a political solution to the Syrian crisis in line with UN Security Council Resolution 2254, which preserves the unity of the Syrian territory and people and secures the voluntary return of refugees.

Safadi and his Turkish counterpart are due to hold discussions over means of advancing mutual ties and regional developments, according to the statement.