Minister of Industry, Trade and Supply Tareq Hammouri stressed the importance of increasing trade between Jordan and Tunisia, which did not exceed $27 million... 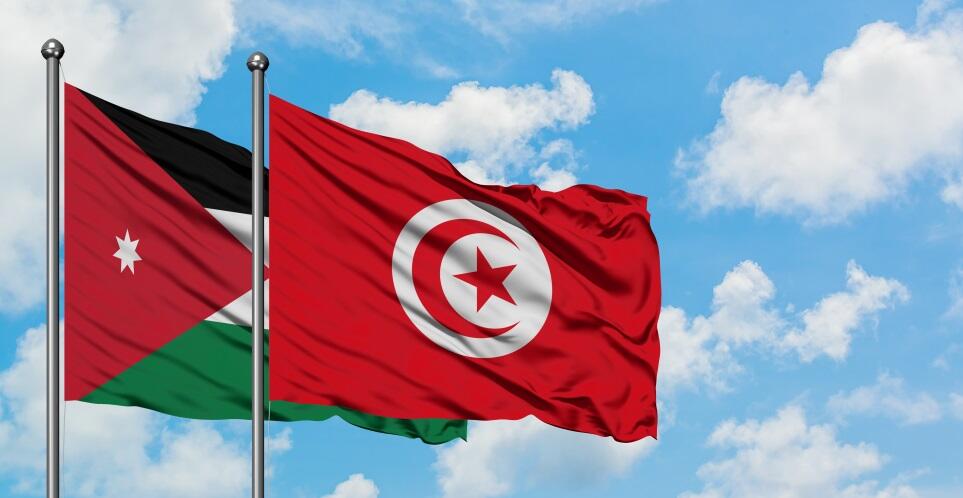 Minister of Industry, Trade and Supply Tareq Hammouri stressed the importance of increasing trade between Jordan and Tunisia, which did not exceed $27 million in 2018, during the Jordanian-Tunisian business meeting in Amman on Monday.

The Tenth Jordan-Tunisia Business Council meeting was organised by the Jordan Chamber of Industry in cooperation with the Tunisian embassy in Amman, and was attended by heads of chambers of commerce from around the Kingdom, executive members, officials and businesspeople.

In his opening remarks, Hammouri highlighted the importance of strengthening partnerships between the private-sector institutions in the two countries to activate and benefit from the Aghadir agreement, which includes Jordan, Tunisia, Egypt and Morocco.

To that end, the minister called on forming private-sector committees to boost the agreement, organise its meetings regularly and agree on a unified plan to make the economies of its member countries prosper.

“We in Jordan believe in boosting the role of the private sector in the process of economic development, especially in facing economic issues that arise due to the
geopolitical events in the region,” Hammouri said, hoping the meeting will boost economic cooperation between Jordan and Tunisia.

For his part, President of the Jordan Chamber of Commerce Nael Kabariti said the partnership between the two countries will help Jordan enter European and African markets through Tunisia, which in turn will enable Tunisia to enter countries in the region through Jordan.

Therefore, he said, this meeting and future ones will not only be about direct bilateral partnership, but also about ways to utilise this to enter different markets.

Head of the Tunisian delegation to Jordan, Executive Board Member and Treasurer of the Tunisian Union of Industry, Commerce and Handicrafts (UTICA) Aref Belkheria called for furthering talks on the Aghadir agreement to address hurdles and find solutions that will boost the relations and cooperation of its parties.

“The next phase of cooperation between Tunisia, Jordan and other Arab countries should be built on investment and establishing joint projects that serve mutual interests in all fields,” Belkheria said.

He added that the Jordanian-Tunisian joint council was established in 1996, consisting of UTICA and the Jordan chambers of industry and trade, and will formulate an executive programme for the years 2019 and 2020 to have meetings between all involved entities to constantly work on improving economic cooperation.

Tunisian Ambassador to Jordan Khalid Suhaili said the current level of cooperation is still below the desired levels; noting that “trade between the two countries can be boosted to reach $200 million annually”, according to the exportation offers of Jordan and Tunisia to the rest of the world.

The business council meeting evaluated trade between the two countries, discussed the importance of direct investments and saw bilateral meetings between businesspeople.

As for the Aghadir agreement, it came into effect in 2006 following the completion of the certification procedures in the four countries, and it was first implemented in March 2007 after customs departments received notices of its implementation.