Jordan Rejects The So-Called 'Deal of the Century' 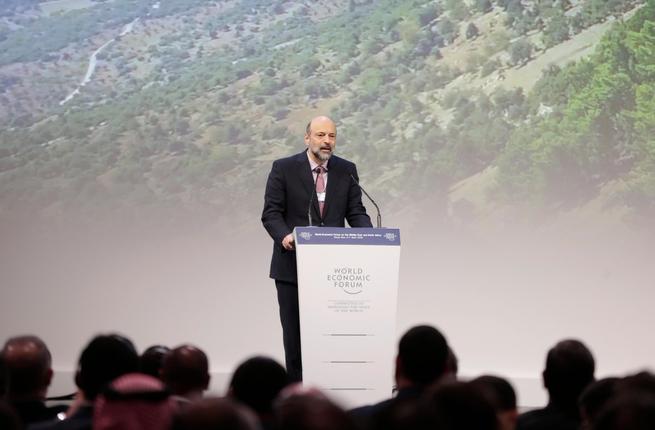 Jordan’s Prime Minister Omar al-Razzaz clarified a controversy over an agreement to import gas from Israel, while reiterating his country’s rejection of the so-called “Deal of the Century” US peace proposal.

In a press conference on Tuesday, Razzaz presented the government’s plan of action for the next stage, as well as its achievements for the first quarter of 2019, especially with regard to reducing unemployment and poverty in the kingdom.

Touching on the gas agreement with Israel, he noted that the decision to keep or cancel the deal would be taken in accordance with Jordan’s higher interests.

“There is definitely a penalty clause in the deal,” the premier told reporters, adding that the agreement was currently being reviewed by the Constitutional Court.

As for the possibility of the return of the protest movement, which broke out in the country last year, Razzaz welcomed any participation in civilized and peaceful demonstrations.

“We are proud in Jordan that our youth express their opinion in a peaceful and civilized way, we are proud that our security services are dealing with a high level of responsibility and we are proud that it does not shed a drop of blood. Jordanian youth know their rights and duties, do not block roads and do not infringe on public property,” he underlined.

He also noted that the government would seek to bring views closer in the event of disagreement, hinting at holding parliamentary elections as a way to solve pending problems.

On claims that Amman supports the Deal of the Century, he stressed that the kingdom, its leadership and people, have been very clear in rejecting the controversial proposal.