Jordan PM and Amman Mayor Yousef Shawarbeh, Attended the Inauguration of the First Phase of the “Amman Bus” Project

Prime Minister Omar Razzaz, in the presence of Amman Mayor Yousef Shawarbeh, on Sunday attended the inauguration of the first phase of the “Amman... 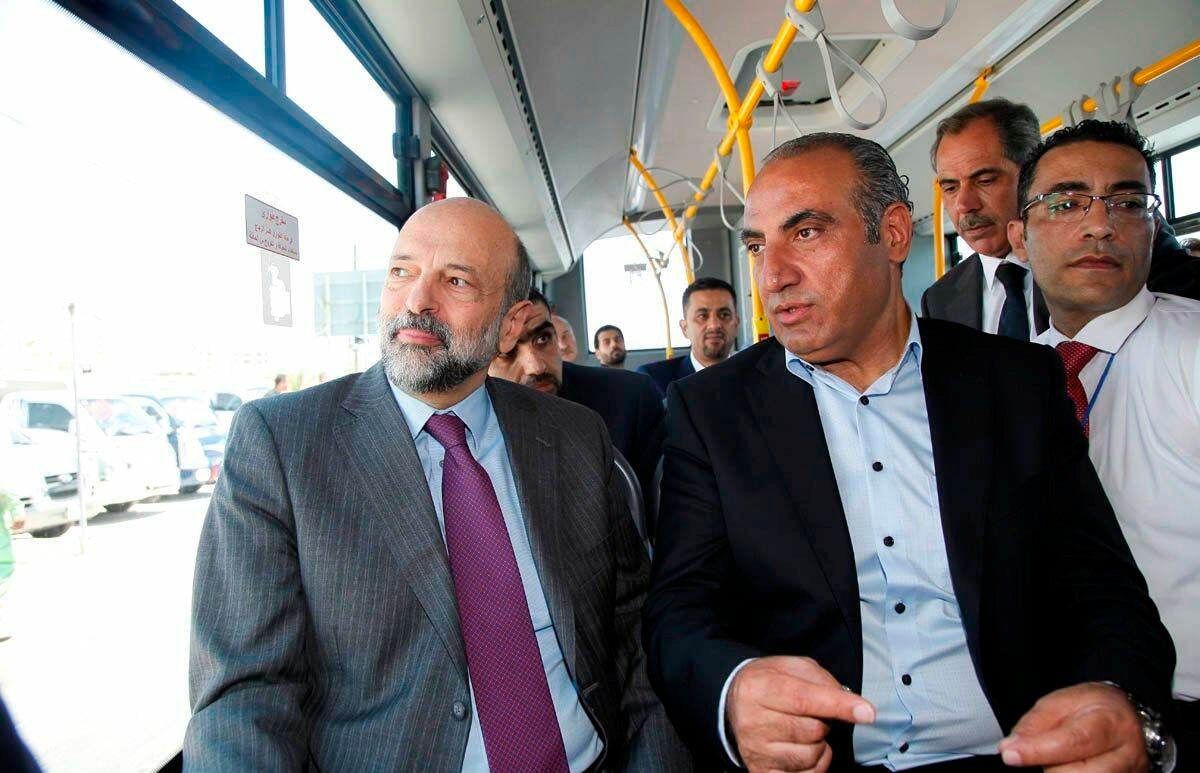 Prime Minister Omar Razzaz, in the presence of Amman Mayor Yousef Shawarbeh, on Sunday attended the inauguration of the first phase of the “Amman Bus” project.

The first phase of the project includes a new fleet of 135 buses covering 55 destinations through 34 routes and operating for long hours, at a cost of JD18 million, the Jordan News Agency, Petra, reported.

Trip fares for the new project can be paid through e-cards that can be easily recharged at various points of sale, according to Petra.

Of the total fleet, 52 of the buses have a passenger capacity of 59, while the remaining 83 buses will be able to accommodate 42 passengers at a time.

In remarks to the press, Razzaz, while checking on the operations and control room of the GAM’s public transport department at the Shamal bus complex, said that the “leading” project is an “important step” for providing quality public transport services in the capital.

He noted that the government is working on replicating the projects in other governorates in the future.

The prime minister said citizens’ complaints regarding the public transport system, made during his visit to the complex last year, were mainly focused on the regularity and unavailability of services after sunset, in addition to cleanliness levels and smoking inside the buses.

In this regard, Razzaz stressed that the Amman Bus project enables citizens to accurately schedule their transport times, highlighting that surveillance cameras on the buses would guarantee that passengers would enjoy safe trips.

Shawarbeh noted that the project’s expansion plans include 151 more buses and 34 new routes.

For his part, Hamza Haj Hasan, CEO of Amman Vision Investment and Development, the company operating the fleet, noted that the buses will work between 6am and 10pm from Sunday to Thursday, 8am to 9pm on Fridays and between 8am and 10pm on Saturdays.

In order to encourage citizens to use the service, the e-cards will be sold during the first month at JD2 each, and each trip will only cost 1 piaster, according to Petra.