King Abdullah, in talks on Wednesday with Palestinian President Mahmoud Abbas, reaffirmed that Jordan stands with the Palestinians as they seek their legitimate and... 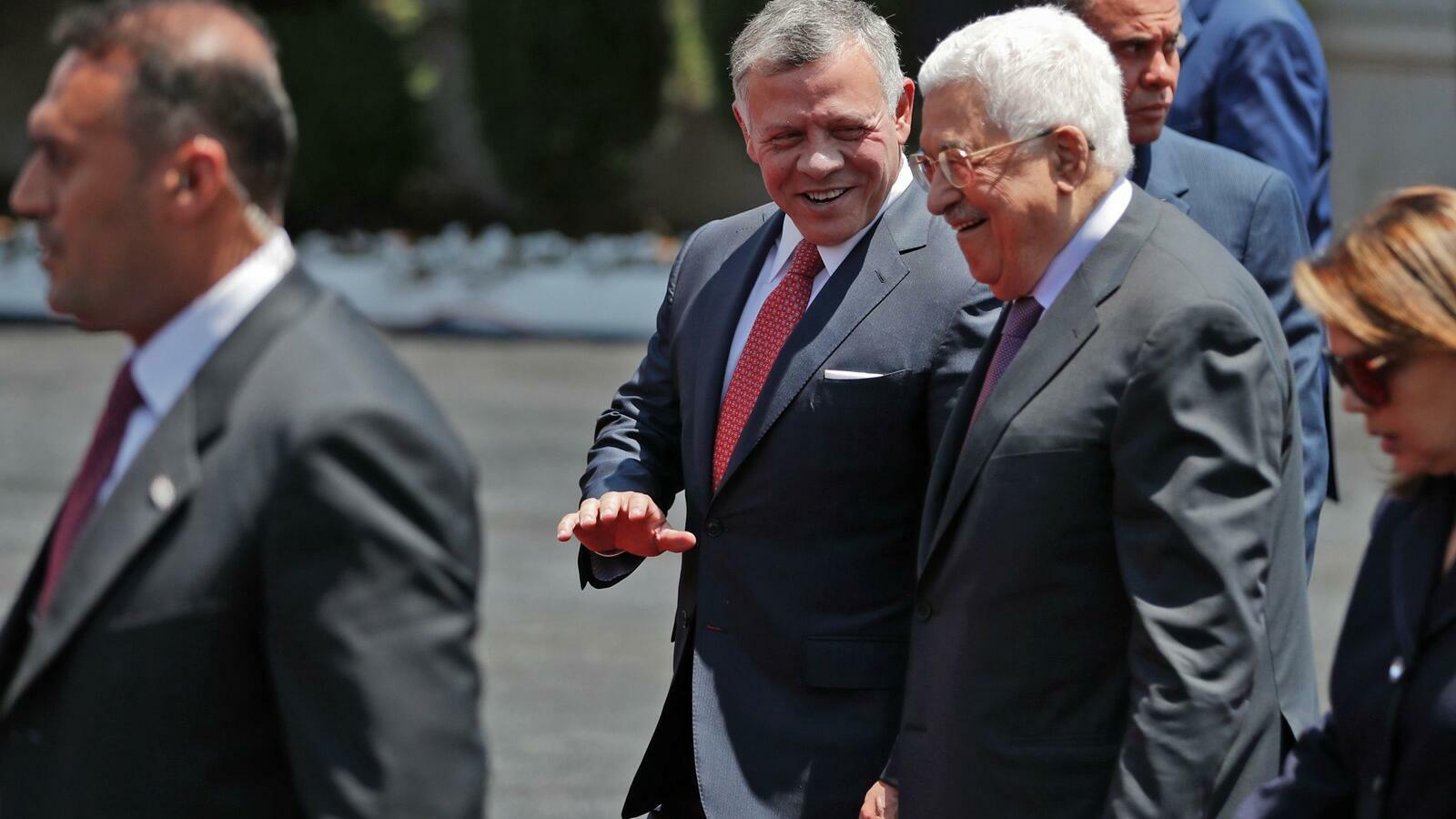 King Abdullah, in talks on Wednesday with Palestinian President Mahmoud Abbas, reaffirmed that Jordan stands with the Palestinians as they seek their legitimate and just rights to establish their independent state on the June 4, 1967, lines, with East Jerusalem as its capital.

In talks at Al Husseiniya Palace, held within the framework of ongoing coordination and consultation between the two sides, King Abdullah stressed the need to step up international efforts to achieve just and lasting peace, based on the two-state solution as the only means to end the Palestinian-Israeli conflict, a Royal Court statement said.

The King underscored the importance of preserving the legal and historical status quo in Jerusalem, stressing Jordan’s commitment to its historic and religious role in safeguarding Islamic and Christian holy sites in the city under the Hashemite Custodianship.

At the meeting, Jordan’s rejection of Israeli settlement activities in the Palestinian territories and the demolition of Palestinian homes was stressed, as well as the need for the international community to stop Israeli actions targeting the Arab identity of Jerusalem.

For his part, President Abbas expressed appreciation for Jordan’s steadfast positions on the Palestinian cause and Jerusalem, and for The King’s efforts in defending the rights of the Palestinian people at all international forums, according to the statement.

Foreign Minister Ayman Safadi and Adviser to The King for Communication and Coordination Bisher Al Khasawneh attended the meeting on the Jordanian side.