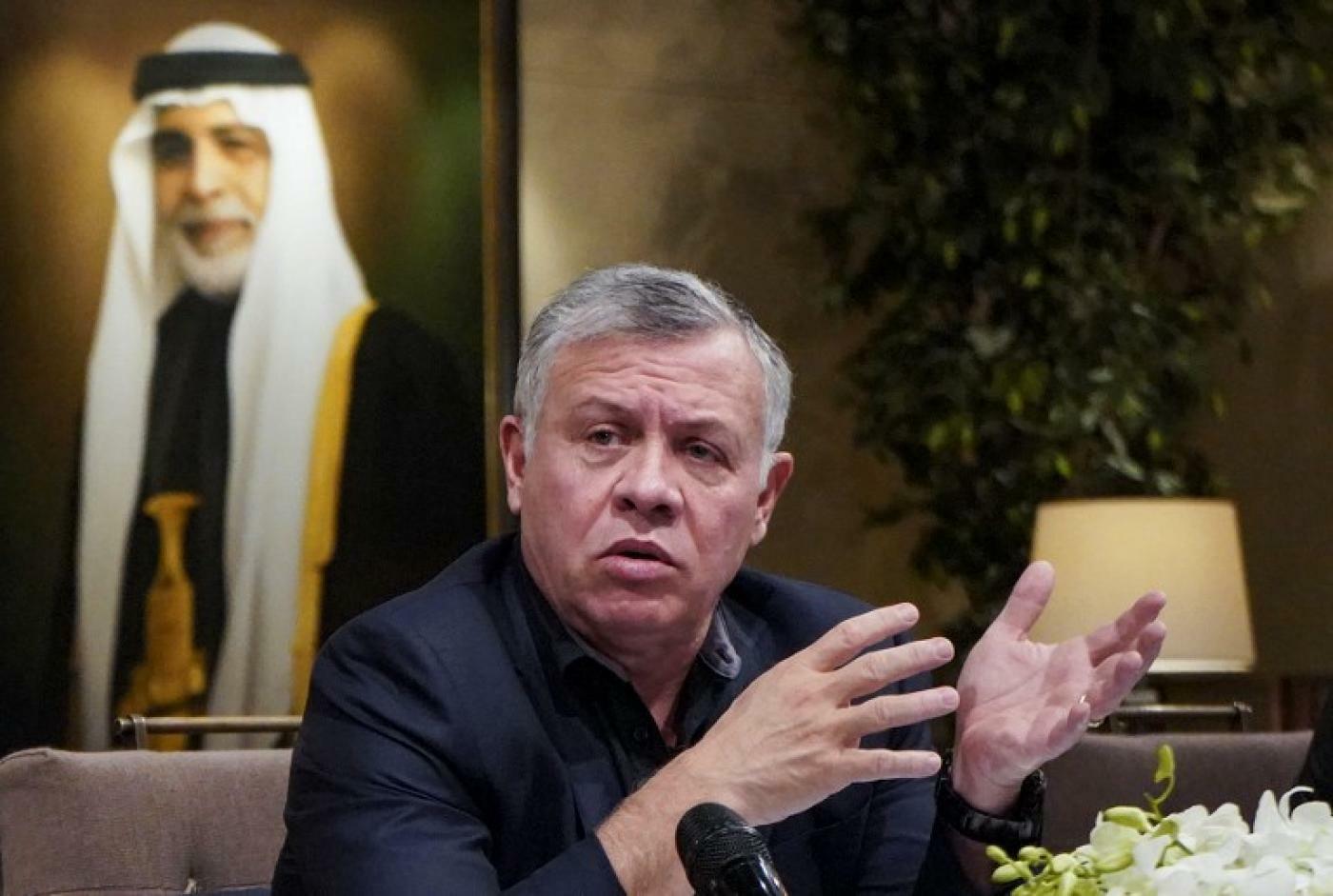 During the meeting, King Abdullah expressed appreciation for the support Germany provides to Jordan in various fields, a Royal Court statement said.

The meeting also covered the latest regional developments and efforts to achieve peace and stability in the region, as well as international efforts to fight terrorism within a holistic approach, and the importance of enhancing cooperation and coordination in this regard, according to the statement.

Adviser to The King for Communication and Coordination Bisher Al Khasawneh and Chairman of the Joint Chiefs of Staff Maj. Gen. Yousef Hneiti attended the meeting.

German Ambassador to Jordan Birgitta Siefker-Eberle, and a number of parliament members and the delegation accompanying the German minister were also in attendance, the statement added.

Also on Monday, Foreign Minister Ayman Safadi met with Kramp-Karrenbauer over enhancing bilateral cooperation and coordination in the face of regional challenges and towards achieving security and stability, a Foreign Ministry statement said.

The meeting also addressed regional developments with the Palestinian cause at the forefront, the statement said.

In joint press statements following the meeting, Safadi highlighted the strength of the Jordanian-German partnership, which has translated into “broader” economic and security cooperation.

The foreign minister noted that Germany is the second largest donor to Jordan and expressed gratitude for Germany’s role in aiding the Kingdom’s efforts to shoulder the burdens ensuing from the Syrian refugee crisis.

Safadi commended Germany’s firm stance in supporting a two-state solution as the only way to end the Palestinian-Israeli conflict and thanked Kramp-Karrenbauer for her country’s commitment to support UNRWA.

He stressed the importance of Germany’s role in countering terrorism as a “common enemy” that must be faced through international cooperation.

Safadi and the German minister also discussed the Syrian conflict, underlining the need for bolstering efforts to reach a political solution that maintains Syria’s unity, restores its security and cohesion and allows for the voluntary return of refugees.

For her part, Kramp-Karrenbauer hailed the strength of bilateral relations, affirming keenness to develop them in all fields.

She expressed gratitude for the Kingdom’s key role in achieving security and stability as well as its humanitarian one in hosting Syrian refugees.

Later in the day, Kramp-Karrenbauer and the accompanying delegation also held talks with Chairman of the Joint Chiefs of Staff Maj. Gen. Yousef Huneiti, with discussions covering bilateral cooperation and coordination, as well as ways to enhance relations, the Jordan News Agency, Petra, reported.