King Abdullah on Wednesday participated in the high-level meeting on the Christchurch Call to Action to Eliminate Terrorist and Violent Extremist Content Online, hosted... 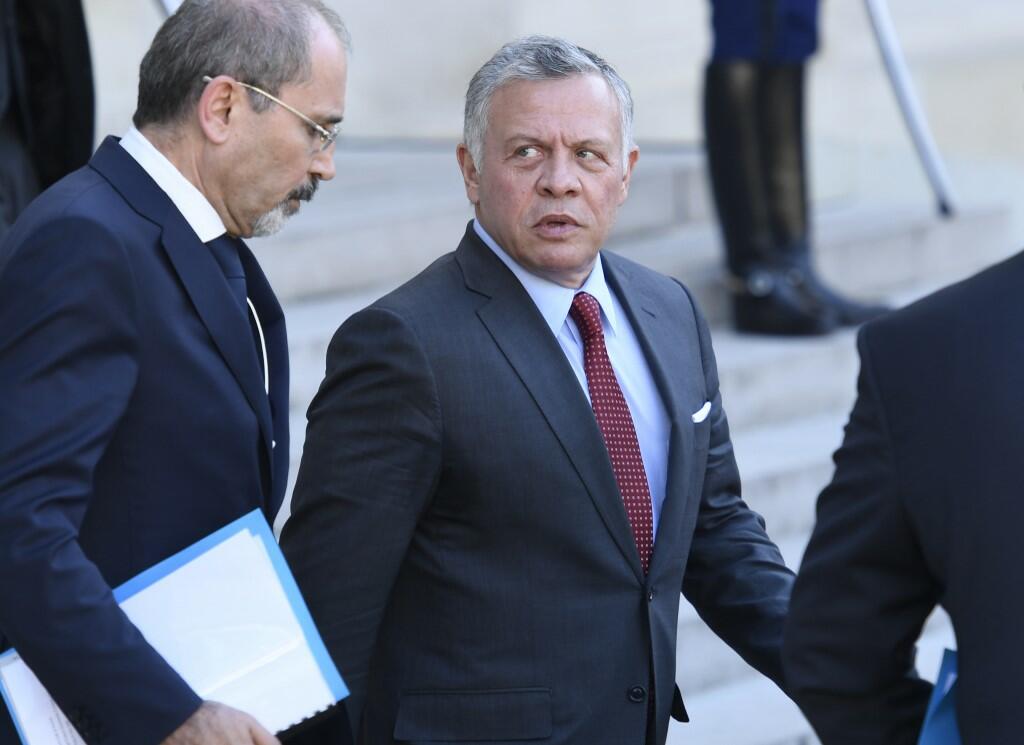 King Abdullah on Wednesday participated in the high-level meeting on the Christchurch Call to Action to Eliminate Terrorist and Violent Extremist Content Online, hosted by French President Emmanuel Macron and New Zealand Prime Minister Jacinda Ardern at the Élysée Palace in Paris.

On the sidelines of the summit, the King held talks with several heads of state and government and officials, including Macron, Ardern and British Prime Minister Theresa May.

King Abdullah delivered a speech at a closed session during the summit, attended by HRH Prince Ghazi, The King’s chief adviser for religious and cultural affairs and personal envoy, as well as political leaders and heads of international technology companies.

The session saw the endorsement of the Christchurch Call to Action to Eliminate Terrorist and Violent Extremist Content Online.

In his speech, the King stressed the importance of uniting international efforts and working in partnership to confront the threats of extremism and hate speech, with the aim of reaching solutions to counter the abuse of technology and social media by extremists and terrorists.

The King said the fight against terrorism must be within a holistic approach that addresses the military, security and ideological dimensions, according to the statement.

In remarks at the summit, President Macron and Prime Minister Ardern commended The King and Jordan for the impact of the Aqaba Process meetings in increasing coordination among countries and companies to counter extremism and terrorism.

They also praised the holding of a special Aqaba Process round, hosted by the US in partnership with Jordan in February, with the participation of representatives of international organisations and global tech companies to discuss the security threats of the abuse of Internet and technology tools by terrorists and extremists.

Representatives of global tech companies like Microsoft, Google and YouTube also commended the King’s efforts to counter extremism, hate speech and terrorism, welcoming the agreement to hold a follow-up meeting in Jordan in June at the expert level to build on the outcomes of the high-level meeting on the Christchurch Call.

During the summit, heads of state and government, as well as representatives of global tech companies endorsed the Christchurch Call to Action, which reaffirms the importance of the Aqaba Process launched by the King to follow up on and coordinate international efforts to fight terrorism and extremist ideology, along with other similar global initiatives, the statement said.

The Christchurch Call to Action also includes the commitment of governments and companies to address the root causes of terrorism and violent extremism, and a commitment to empower communities to counter extremist ideology by providing better education, creating a media culture and promoting awareness and capacity building in small online businesses.

Participants committed to taking transparent and specific measures to prevent uploading content online that promotes extremism, terrorism and violence and to prevent its dissemination on social media and similar sites that provide content-sharing services.

Furthermore, governments and technology companies committed themselves to working with civil society institutions to strengthen efforts to counter violent extremism in all its forms, the Royal Court added.

Foreign Minister Ayman Safadi also attended the high-level meeting from the Jordanian side.