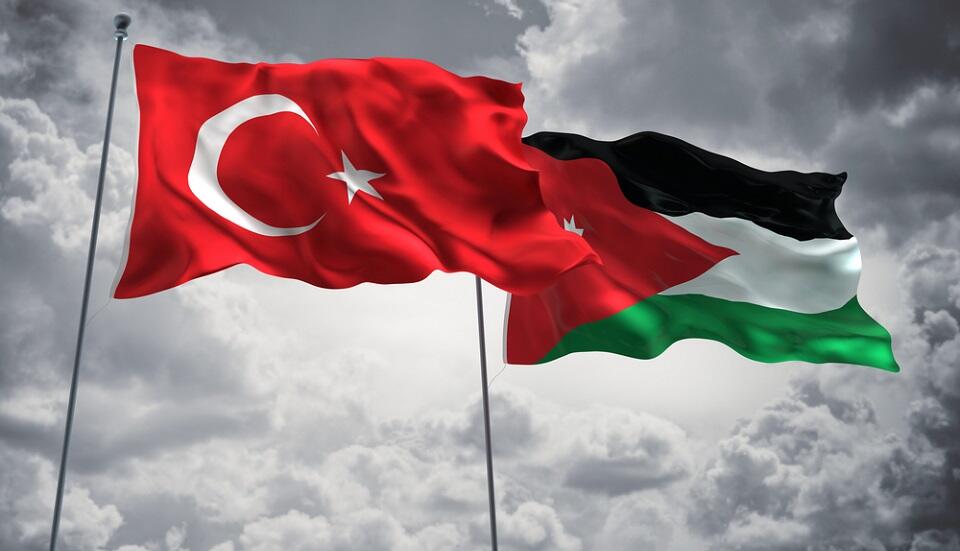 The Jordanian Businessmen Association (JBA) on Tuesday discussed with Murad Bayraq, trade adviser at the Turkish embassy in Amman, means of developing economic, trade and investment relations between the two countries.

The meeting covered future prospects of investment opportunities and joint cooperation in vital economic sectors, according a statement carried by the Jordan News Agency, Petra.

Tabbaa expressed the association’s keenness to enhance the exchange of visits and information between Amman and Istanbul.

He referred to the active role of the Jordanian-Turkish Business Council, in cooperation with DEIK, in the realisation of the aforementioned goals.

In light of the cancellation of the free trade agreement between Jordan and Turkey, the JBA president urged for the adoption of new strategies to overcome challenges and encourage investment.

The volume of joint investments has yet to realise its potential, Tabbaa underlined.

Jordanian exports to Turkey declined to $91 million in 2018 in comparison with $104 million in 2017, according to the top businessman.

Jordan for Turkey is a hub, he said, as quoted by Petra.

Tabbaa highlighted the facilitations and incentives for investors offered by the Aqaba Special Economic Zone Authority, as an example of Jordan’s “many investment opportunities”.

He expressed hope that such prospects can direct Turkish investors’ attention to the Kingdom’s “promising” industrial sector.

Talks also covered the importance of promoting investment opportunities of joint interest and the necessity of removing obstacles that hinder trade exchange between the two countries.