Foreign Minister Ayman Safadi on Sunday stressed that the Palestinian-Israeli conflict has always been the core of the regional conflicts, noting that the solution... 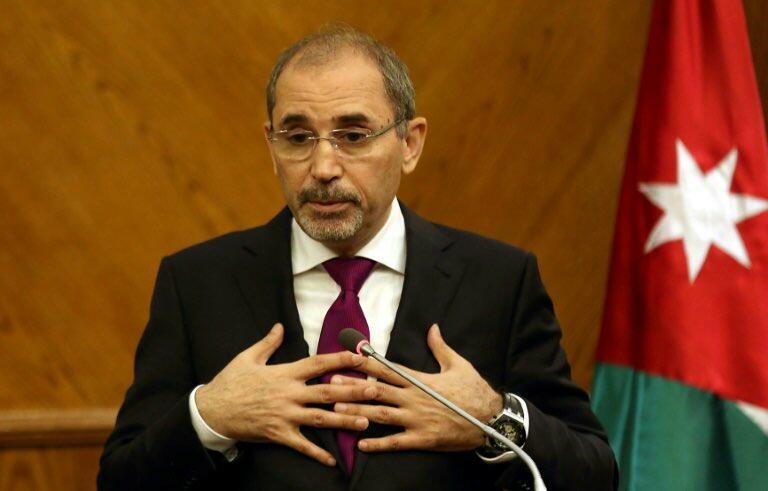 Foreign Minister Ayman Safadi on Sunday stressed that the Palestinian-Israeli conflict has always been the core of the regional conflicts, noting that the solution lies in ending the occupation and its repercussions, which entrench frustration, hinder development and create more tension in the entire region.

During talks with British Minister of State at the Foreign and Commonwealth Office and Department for International Development Andrew Murrison, Safadi reaffirmed the need to focus international peace efforts on finding real political prospects for a two-state solution that guarantees the establishment of an independent Palestinian state on the June 4,1967, lines with East Jerusalem as its capital, a Foreign Ministry statement said.

Murrison, who is visiting Jordan on his first overseas trip in his new role, stressed his country’s commitment to the two-state solution, expressing support for all efforts exerted towards achieving it.

“The UK remains committed to our mutual long-term security, stability and prosperity through the UK-Jordan Partnership, just as it remains committed to a two-state solution with Jerusalem as a shared capital,” the UK minister was quoted as saying in an embassy statement.

Safadi warned against Israel’s continued violations against Al Aqsa Mosque/Al Haram Al Sharif, which threaten to set off a new wave of violence, underscoring that Israelis must respect Jerusalem’s historical and legal status quo cease all its provocative activities.

He also commended the UK’s support to UNRWA, thanking it for renewing its commitment to supporting the agency in narrowing its budget deficit.

The British minister later met with UNRWA Director in Jordan Mohammad Adar, the embassy statement said, and discussed the challenges facing the agency and ways to further support the relationship between the UK and UNRWA.

Talks with Safadi also went over the latest regional developments and focused on the importance of consolidating efforts to ease tensions and arrive at political solutions to all regional crises.

Murrison hailed the Kingdom’s humanitarian role towards Syrian refugees that it continues to uphold in spite of difficult economic conditions, according to the statement.

The two officials underlined the Jordanian-UK solid strategic partnership, as well as the two countries’ keenness to further it in various fields, indicating continued coordination and consultation over regional challenges to achieve security and stability.

Talks also went over London initiative, co-hosted by the UK earlier this year, and means of following up on its outcomes, with the foreign minister voicing appreciation for the UK’s role in its success.