Jordan and Egypt on Wednesday signed eight memorandum of understanding (MoUs), executive programmes and cooperation protocols to boost cooperation between the two countries in various... 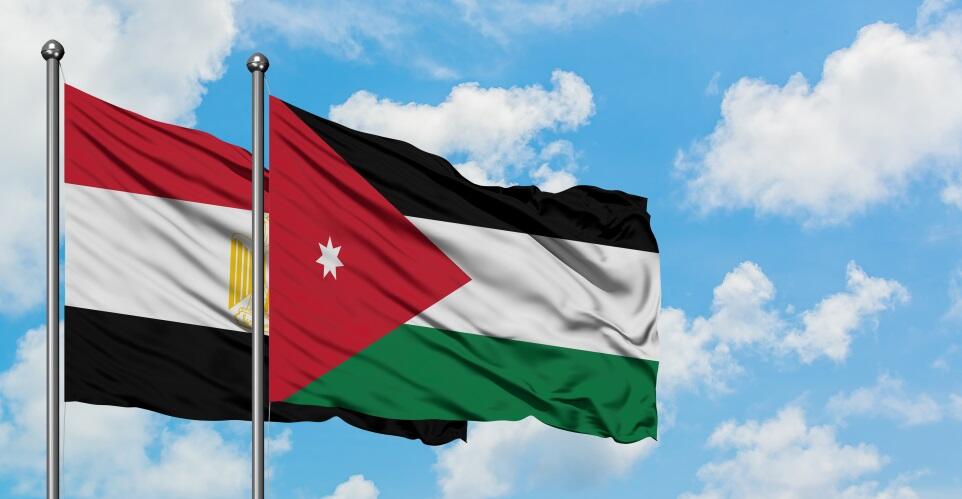 Jordan and Egypt on Wednesday signed eight memorandum of understanding (MoUs), executive programmes and cooperation protocols to boost cooperation between the two countries in various fields.

The deals were signed during the 28th session of the Jordanian-Egyptian Higher Committee meetings that were held in Cairo and headed by Prime Minister Omar Razzaz and his Egyptian counterpart Mostafa Madbouli, the Jordan News Agency, Petra, reported.

The agreements included a cooperation protocol on public administration and civil service, one on maritime ports and another between the market monitoring department and the Egyptian Consumer Protection Agency.

During extended talks, attended by ministers, officials and representatives of both countries’ private sectors, the prime ministers highlighted the importance of the meetings in further enhancing bilateral ties and developing fields of cooperation to serve economic integration between Amman and Cairo.

The Egyptian side pledged to find an immediate solution to the complaints of the industrial sector related to the procedures of registering Jordanian companies in Egypt and vowed to grant them privileges.

Cairo pledged to complete these steps within two weeks and to facilitate procedures for Jordanian goods to enter the Egyptian market.

The Egyptian government also pledged to reconsider procedures related to registering Jordanian medicines in the Egyptian market, especially those that are not produced in their country.

The Kingdom expressed commitment to give Egyptian students the same treatment at Jordanian schools as their Jordanian peers in terms of tuition fees.

Both governments agreed to form a team of both countries’ public and private sectors to reach the best formula possible to establish a logistic zone in Jordan to export services and contribute to the reconstruction and development processes of neighbouring countries.

They also discussed possible means for extradition of Jordanian and Egyptian prisoners to the other country, so as to allow either country’s prisoners to continue their sentences in their respective country.

The two countries also agreed to enhance cooperation in the fields of electric connection, gas and oil derivatives as well as preparing the plans necessary to face any hikes in demands in either country or neighbouring Arab countries.

Razzaz referred to “big opportunities” to enhance transport and tourism activities through increasing the number of flights of Royal Jordanian airlines and EgyptAir.

For his part, Madbouli said that Egypt and Jordan face similar challenges and regional circumstances, which require increasing the level of coordination and cooperation to deal with the repercussions of such turmoil.