Jordan Motorsport has confirmed that the Jordan Baja will be the seventh round of the 2019 FIA World Cup for Cross-Country Bajas on September... 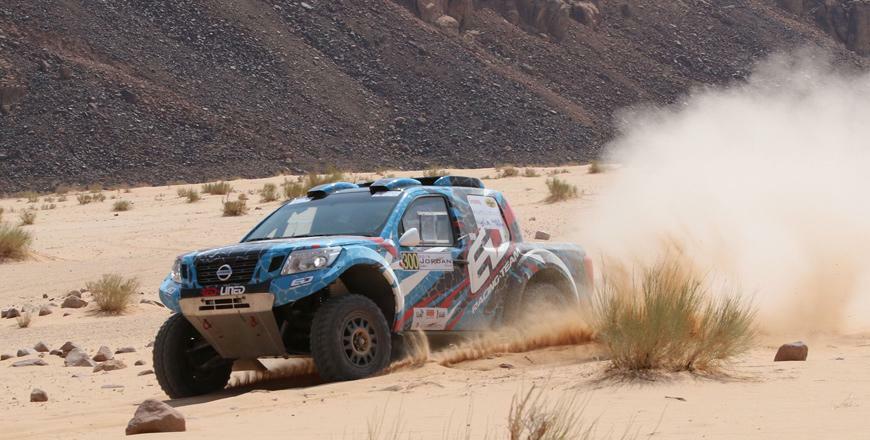 Jordan Motorsport has confirmed that the Jordan Baja will be the seventh round of the 2019 FIA World Cup for Cross-Country Bajas on September 19-21, according to the Jordan Baja Media Service.

The Kingdom’s brand new addition to an official FIA series marks the return to the higher echelons of the motor sporting calendar for the country for the first time since the Jordan Rally ran in the FIA World Rally Championship for a third and last time in 2011.

After a successful candidate event at the end of September 2018, Jordan Motorsport was given the green light to be included in the 2019 calendar and CEO Zaid Balqez has confirmed that the new event will be based in Aqaba City on Jordan’s Red Sea shoreline.

The ceremonial start, on September 19, in Aqaba City precedes two days of competitive action in the Wadi Rum area of southern Jordan.

Both legs will run through the spectacular scenery used by Hollywood to film the recent Aladdin film, featuring Will Smith, and the latest Star Wars film to be released later this year.

Entries will be open to cars complying with FIA T1, T2 and T3 regulations but vehicles not complying to these conditions may be able to enter in a “National” category running at the rear of the field.

“We are fortunate to have some of the most beautiful desert terrain available to us in Jordan in Wadi Rum, one of the most famous regions of the world,” said Balqez.

“At Jordan Motorsport, we also have a strong team with WRC pedigree that also puts on a very popular and well organised round of the MERC. This is a new challenge for us and one that we are all looking forward to making one of the most popular Bajas in the world.”

Cross-Country rallying is not new to the Hashemite Kingdom — the Marlboro BP 2000 Desert Challenge ran in 1987, 1988 and 1990. The late Kuwaiti driver Tariq Al Wazzan ran out as the inaugural winner in a Range Rover. Abbas Al Mosawi won the following year in a Mitsubishi Pajero and Qatar’s Saeed Al Hajri won the last race in 1990 at the wheel of a Ford Bronco.

After two rounds of this year’s FIA World Cup for Cross-Country Bajas in Russia and Dubai, Vladimir Vasilyev tops the points’ standings with 33 and the Russian has a three-point advantage in the standings over Poland’s Jakub Przygonski and Finland’s Tapio Lauronen.

The 2019 series continues on June 23-26th with the 26th Italian Baja. Competitors then head to Spain, Hungary and Poland during the summer months before Jordan takes centre stage in the calendar for the first time. The series then concludes with the Baja de Portalegre 500 in Portugal at the end of October.

Rally officials are currently working on various shipping options for competitors travelling from Europe to tackle the event for the first time. Further details will be available on June 18 when the supplementary regulations are issued and entries officially open. Entries will close on August 1.