Jordan And Poland To Enhance Bilateral Relations On All Levels

Poland and Jordan see ‘eye to eye’ on a number of regional issues with a strong will to enhance bilateral relations on all levels,... 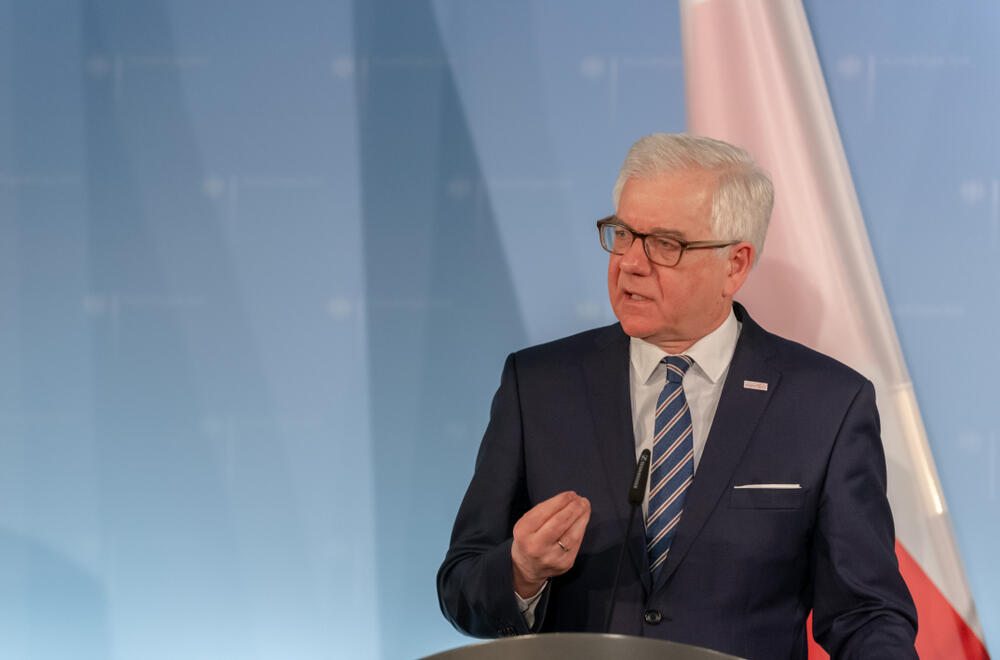 Poland and Jordan see ‘eye to eye’ on a number of regional issues with a strong will to enhance bilateral relations on all levels, be they political, economic, military, cultural or scientific, Polish Foreign Minister Jacek Czaputowicz said on Saturday.

Czaputowicz explained that Amman-Warsaw relations have been witnessing “wonderful” growth recently in several fields, adding that plans are under way to increase bilateral cooperation to more advanced levels.

In an interview with The Jordan Times on Saturday, the top Polish diplomat said that a total of 4,000 polish tourists visited Jordan last year, expecting the number to reach 20,000 with the new budget airlines, now operating between the two
countries.

In addition to economic cooperation, the top diplomat said that there is an exchange of military products between the two countries, which are both members in the anti-Daesh coalition.

Turning to politics, Czaputowicz explained that Poland and Jordan share a common perspective that the long-running Palestinian-Israeli conflict needs to be resolved and “we should maintain the position that the two-state solution would be worked out”.

“Together with the US, we organised a conference in Poland with the participation of Israeli and Arab foreign ministers. We discussed issues related to threats to regional stability. We are trying to establish some sound basis for peace and stability,” Czaputowicz noted.

As a member of the EU, the minister said that Poland shares the union’s perspective on Palestine and the two-state solution. “We are of the opinion that the EU is not enough as an actor but it needs to coordinate with other key players including primarily the US and other democracies.”

When asked if Poland would move its embassy from Tel Aviv to Jerusalem, the minister said: “We don’t plan to relocate our embassy to Jerusalem because we believe in the two-state solution, as other EU member states.”

Regarding Poland’s position on US President Donald Trump’s proposed peace plan for the Palestinian-Israeli conflict, or the so-called “deal of the century”, Czaputowicz said: “Let’s wait and see what the US has, and how their planned deal will be presented and received.”

“We have to be brave in presenting a solution for the conflict. We maintain a generally united position with the EU. Dialogue is the only way to resolve the conflict and the two-state solution is something we support,” the foreign minister added.

He noted that his country, as a member of the UN Security Council, has issued a joint statement together with Belgium, the UK, France and Germany, affirming that they do not recognise Israel’s sovereignty over the Golan Heights.

“This is an example of a different EU position from the US,” he indicated.

“Even if we differ with the US, we have a common assessment of the situation. There are the threats that we have to try to overcome. We have to create a stable basis for peace. We have to guarantee for Israelis the right to live in safety without fear and we have to provide other conditions for other countries,” Czaputowicz elaborated.

The minister said that Poland, where the Middle East peace process started, will continue working with other regional and international actors to push for a solution for the Palestinian-Israeli conflict.

On the Syrian refugee crisis and its consequences on the region and Jordan, the minister voiced Poland’s appreciation of the Kingdom’s humanitarian efforts and its understanding of its resulting economic burdens.

“Our position within the EU is that we should support host countries, especially Jordan, and help create the necessary conditions that ensure the return of Syrian refugees to their country,” he stressed.

Czaputowicz explained that Poland has been engaged in humanitarian work in refugee camps and in host communities in Amman, Zarqa, Irbid and Mafraq, extending psychological aid to Syrian refugees, as well as voucher-based food assistance, education services and women empowerment efforts.

He also said that Poland will continue its support to refugee-burdened Jordan and will work within the EU and the UN on mobilising more assistance to the Kingdom.

“Jordan represents the voice of moderation, peace and stability in the region. We are aware of that and we will be acting accordingly,” Czaputowicz said.