King Abdullah, during a working visit to London, met British Prime Minister Boris Johnson on Wednesday and discussed the “strategic and deep-rooted” relations between... 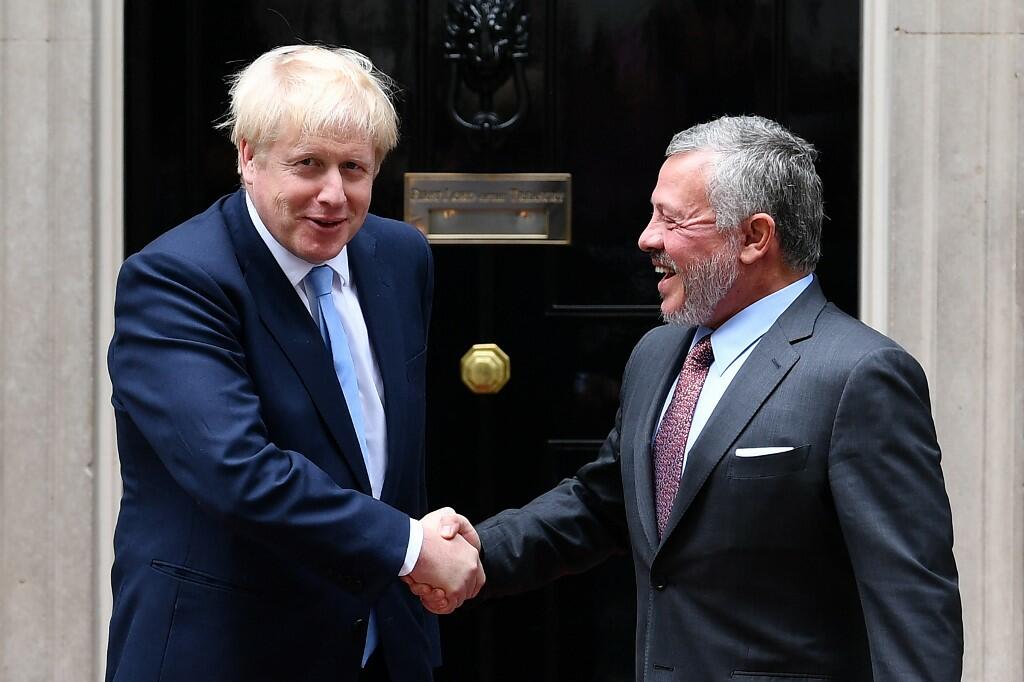 King Abdullah, during a working visit to London, met British Prime Minister Boris Johnson on Wednesday and discussed the “strategic and deep-rooted” relations between Jordan and the United Kingdom, and the latest regional developments.

At the start of the meeting, held at 10 Downing Street, The King congratulated Johnson on taking office, a Royal Court statement said.

The King expressed Jordan’s appreciation for the British government’s continued support, and for hosting the London initiative conference this year, which aimed to bolster Jordan’s economy.

The importance of maintaining coordination and consultation between the two countries on various issues of mutual concern was also stressed, in the best interest of their peoples, and in service of peace and stability in the region, according to the statement.

The King emphasized the need to step up efforts to end the Palestinian-Israeli conflict, based on the two-state solution, which guarantees the establishment of an independent Palestinian state along the June 4, 1967 lines, with East Jerusalem as its capital.

The King also affirmed the need to stop unilateral Israeli measures, as they hinder chances for peace.

Discussing the Syrian crisis, the King underscored the importance of finding a political solution that preserves Syria’s territorial integrity and the unity of its people, while ensuring the safe return of refugees.

The meeting, which continued over a working lunch, also covered efforts to reach political solutions to crises in the region, in addition to efforts to fight terrorism within a holistic approach, the statement added.

Foreign Minister Ayman Safadi, Adviser to The King for Communication and Coordination Bisher Al Khasawneh, Jordan’s Ambassador to the UK Omar Nahar, and a number of British officials attended the meeting.