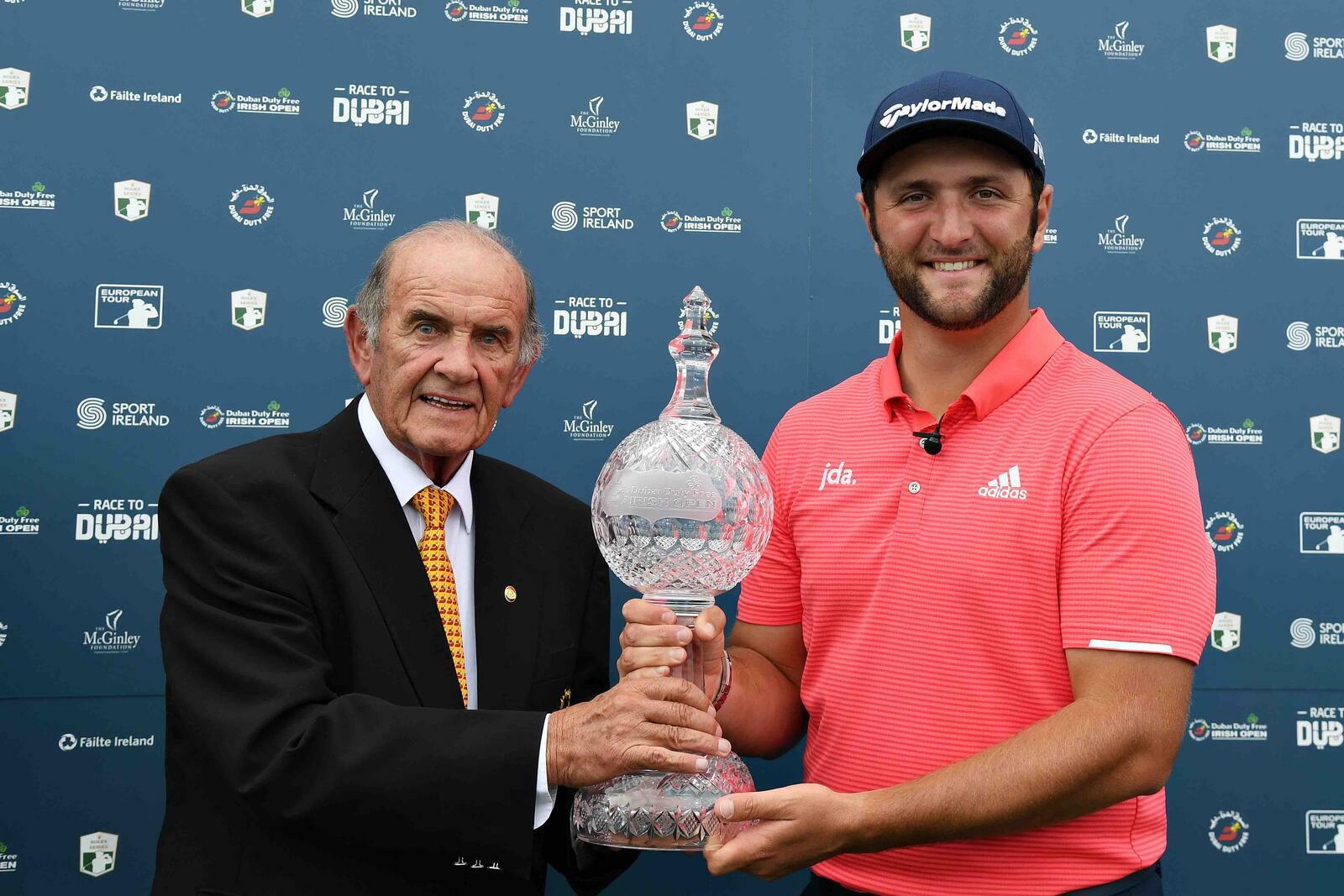 The 24 year old, who adds a third Rolex Series event to his name along with the 2017 Dubai Duty Free Irish Open and 2017 DP World Tour Championship, started the final round five shots adrift of leader Robert Rock but closed the gap to just two strokes after making the turn at three under par following four birdies and one bogey.

The 2018 Ryder Cup rookie turned the heat on once more on the back nine as he picked up three shots in three holes which included a sublime eagle on the par 5 12th. A dropped shot followed on the 13th but the ice cool Spaniard collected three more birdies on the final five holes to finish the tournament on 16 under par and claim the second Rolex Series event of the season.

“I keep saying I love this tournament, country, the people and I feel like I’m at home every time I play in the Dubai Duty Free Irish Open,” said Rahm, who came into the weekend seven shots adrift after posting 67 and 71 over the first two rounds in Ireland.

“My game was in great form, I just struggled to hole the putts the first two days but the weekend was the complete opposite. I had puts that were rolling in from everywhere! I knew I had to do something special today and my target number was to get to 15 under so to get to 16 under is even better.

“Me and my caddy Adam Hayes did a lot of hard work over the weekend to polish out the mistakes of the first two days and I’m very excited to add my name to this special trophy for the second time.”

Wiesberger and Sullivan shared the runner-up spot after both carding final rounds of four under par 66 while overnight leader Rock had to settle for a tied fourth finish after only managing a level par 70 final round. The 42 year old had set the course alight during the third round with a course record 10 under par 60 but failed to replicate that on Sunday as he split fourth place with Eddie Pepperell and Dubai based Rafa Cabrera Bello on 13 under par.

“That was another fantastic edition of the Dubai Duty Free Irish Open, and Jon Rahm is a worthy winner. I would like to thank the people of Co. Clare for their warmth, hospitality and engagement in this tournament which we are delighted to call The Dubai Duty Free Irish Open.  This has been a wonderful week of sport, festivity and fun, there were massive crowds and a fantastic atmosphere both at the golf and in the village.  Coming to this part of the world is like a homecoming for our operation as Shannon Duty Free was the very first Duty Free in the world, so County Clare has a very special place in our hearts. I would like to thank and congratulate Paul McGinley, Lahinch Golf Club, the European Tour, Clare County Council, the local community and all who worked so hard and partnered with us to make this tournament so special.”