The second time was the charm for John Tavares against his former team. In his second game as a visitor against the Islanders, Tavares... 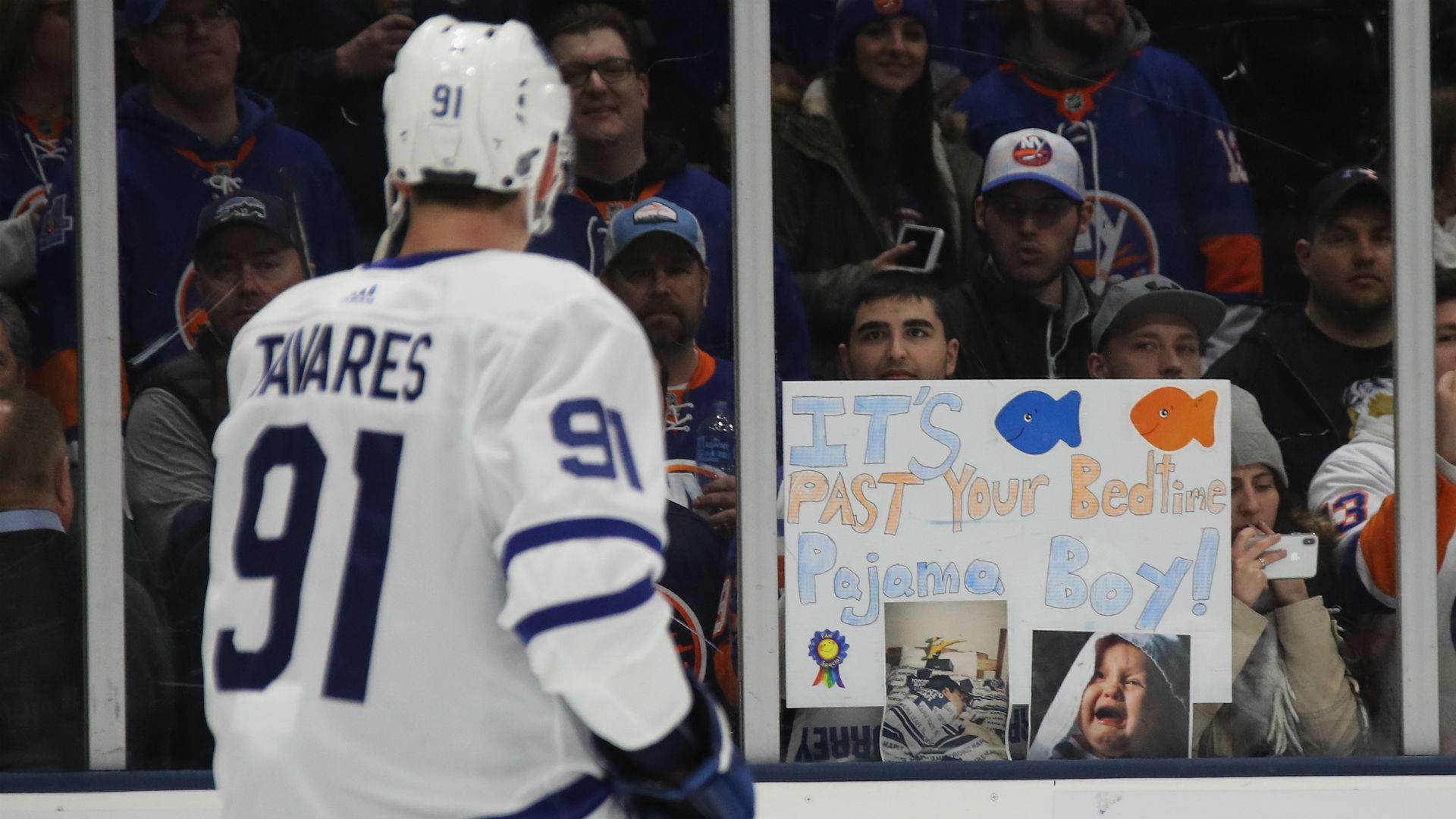 The second time was the charm for John Tavares against his former team.

In his second game as a visitor against the Islanders, Tavares netted his 46th goal of the season, a one-timer from the circle off a Mitch Marner feed. The marker gave Toronto a 2-0 lead and was the decisive score in Monday night’s 2-1 victory at Nassau Veterans Memorial Coliseum.

Tavares’ goal was his 87th point of the season, eclipsing his previous career-high of 86 with the Islanders during the 2014-15 season. Additionally, the goal helped catapult the Maple Leafs to their third consecutive postseason berth.

“It’s nice to help contribute to a win that obviously got us officially in the playoffs,” Tavares said postgame.

Monday’s outcome was a different story from the Maple Leafs’ last trip to Long Island. In Tavares’ return to face his former team of nine seasons on Feb. 28, New York handed Toronto a lopsided 6-1 loss, keeping their former captain scoreless. Ironically, the Islanders clinched their own trip to the postseason last Saturday, capping off what has been an improbable journey from expected rebuilding season to Stanley Cup hopefuls.

The Mississauga, Ont. native left the Islanders last summer to join an offensive juggernaut in search of a championship. For Tavares, consistency is more important than personal achievements.

“That’s what matters most, I just try to bring my same game every night and be consistent,” Tavares said. “Be counted on in all areas of the ice and nice to capitalize on the opportunity.”

After three more regular season games, Tavares will have that opportunity in his postseason with the Maple Leafs. Toronto is set to face the Boston Bruins in the first round.