Jewels and tools among Neolithic find in Israel

Thousands of pieces of tools, jewellery, figurines, seeds and other objects have been found at the site of a huge 9,000-year-old settlement from the... 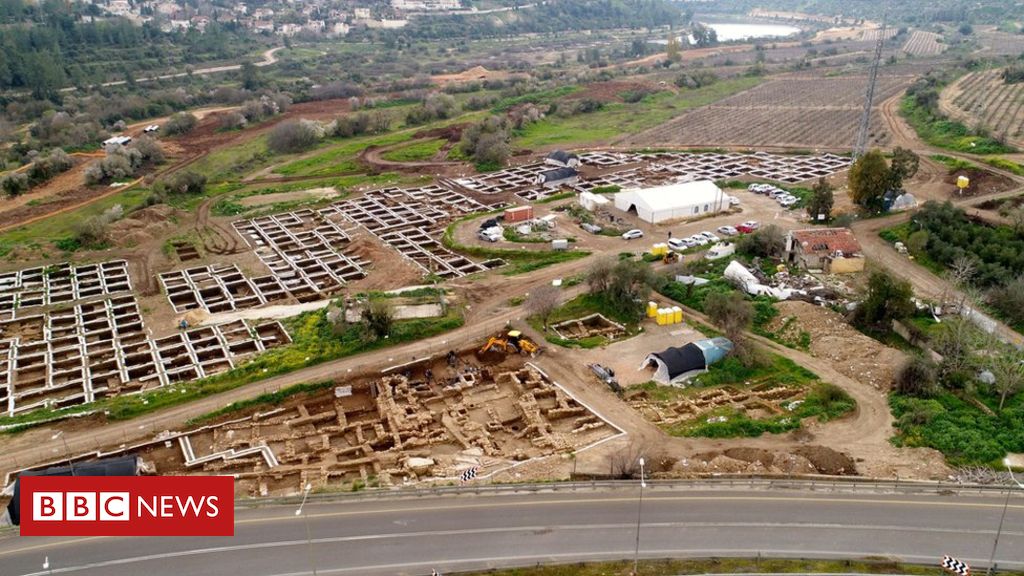 Thousands of pieces of tools, jewellery, figurines, seeds and other objects have been found at the site of a huge 9,000-year-old settlement from the Neolithic period uncovered in Israel.

Archaeologists believe that the site, located near Motza Junction, 5km (3 miles) west of Jerusalem, was once a city housing as many as 3,000 residents.

Excavators found the remains of large buildings, with rooms that were once used for living, as well as public facilities, places of ritual and alleyways.

… as well as arrowheads used for hunting and possibly fighting.

Stone objects were also found – some in tombs, suggesting they were burial offerings. This is a figurine of an ox.

This figurine depicts a human head.

Stone bracelets of different styles were also found. Their small size suggests they were worn by children, the researchers say.

Other items, including these beads, were made of obsidian (volcanic glass) from Anatolia.

Israel’s Antiquities Authority says the discoveries have changed historians understanding of the Neolithic period in the region, having previously believed that the Judea area was uninhabited during that era.

All pictures from Israel’s Antiquities Authority