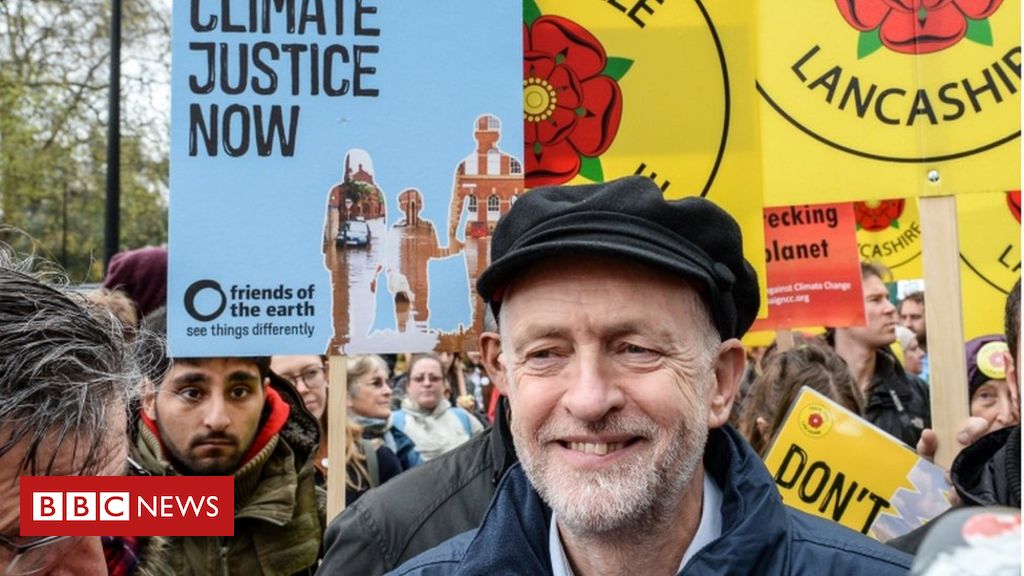 Labour leader Jeremy Corbyn will urge MPs to declare a national climate emergency at a parliamentary debate on climate change.

Labour is also calling on the government to commit to achieving net zero emissions before 2050.

The UK is currently committed to reducing carbon emissions by 80% compared to 1990 levels by 2050.

The debate in Parliament comes after a series of protests by the environmental activists Extinction Rebellion.

The group described a meeting with Environment Secretary Michael Gove on Tuesday as “very disappointing” because he refused to declare a climate emergency.

Mr Gove said he “shared their high ideals” to tackle climate change but added that “we should show that we’re making a difference rather than simply telling everyone how important it is to change”.

The Welsh and Scottish governments have both declared a climate emergency, along with dozens of towns and cities, including Manchester and London.

She also called for “a green industrial revolution” to “harness the huge economic potential that low carbon and renewable technology will bring” such as onshore and offshore wind and tidal technology.

“This isn’t just about tackling climate change it is a huge economic opportunity to rebuild Britain,” she said.

What is a climate emergency?

Dozens of towns and cities across the UK have already declared “a climate emergency”.

There is no single definition of what that means but many local areas say they want to be carbon-neutral by 2030.

Some councils have promised to introduce electric car hubs or build sustainable homes to try to achieve that goal.

It’s a much more ambitious target than the UK government’s, which is to reduce carbon emissions by 80% (compared to 1990 levels) by 2050.