TOKYO (REUTERS) – Japanese Trade Minister Hiroshige Seko said on Tuesday (July 16) it was “regrettable” that the South Korean government had made what... 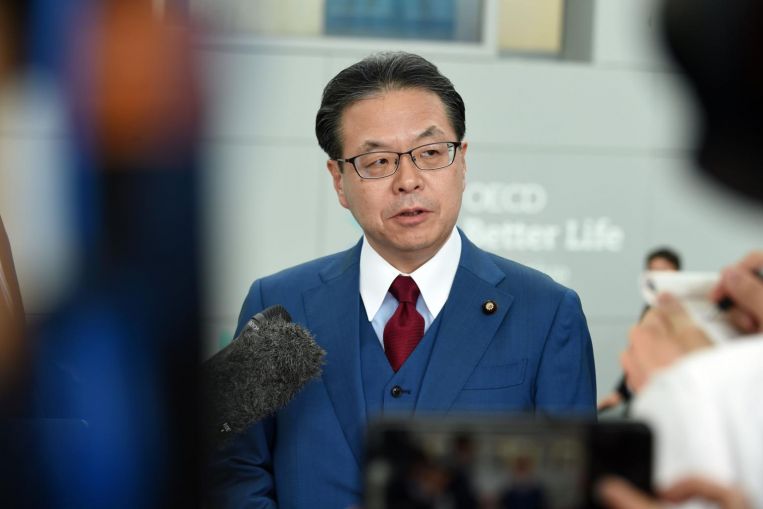 TOKYO (REUTERS) – Japanese Trade Minister Hiroshige Seko said on Tuesday (July 16) it was “regrettable” that the South Korean government had made what he said was an erroneous explanation after the two sides sat down for a working-level meeting over Japan’s export controls.

The feud between the two deepened over the weekend when they contested accounts of a frosty meeting last week on the dispute, which could threaten global supplies of microchips and smartphone displays.

Tokyo lodged a protest against Seoul, saying it had broken an agreement on what the two sides would disclose from the Friday discussions on Japan’s curbs of exports to Korea of some materials used to make high-tech equipment, a Japanese trade ministry official said at the weekend.

Japan’s Ministry of Economy, Trade and Industry (METI) also disputed a Korean official’s statement that Seoul had asked Japan on Friday to withdraw the restrictions.

But a Korean trade ministry official shot back that Seoul had “clearly demanded Japan withdraw its trade restrictions at yesterday’s meeting, and there should be no disagreement over that matter with Japan.” He told Reuters the two sides had discussed what they would disclose but that there was no agreement.

At a regular briefing on Tuesday, Mr Seko disputed that claim, saying the officials had spent about an hour towards the end of the five-hour meeting to discuss and agree on what to disclose to media.

Japan recently tightened restrictions on the export of three materials used in high-tech equipment, citing what it has called”inadequate management” of sensitive items exported to South Korea, as well as a lack of consultations about export controls.

But the dispute also appears to be rooted in a decades-old wartime disagreement. It comes amid deep frustration in Japan over what Tokyo sees as Seoul’s failure to act in response to a South Korean court ruling ordering a Japanese company to compensate former forced labourers from the Second World War.

Mr Seko repeated Japan’s stance that its latest move – taken for reasons of national security – fell under the jurisdiction of individual countries and did not require checks from international bodies.

“The claim that (our latest steps) go against free trade …

is completely unfounded. If the topic is raised at the World Trade Organisation’s (WTO) general council, we will firmly explain Japan’s stance,” Mr Seko said.