TOKYO (AFP) – Japanese police on Friday (July 26) raided the home of the main suspect in a deadly arson attack that killed 34... 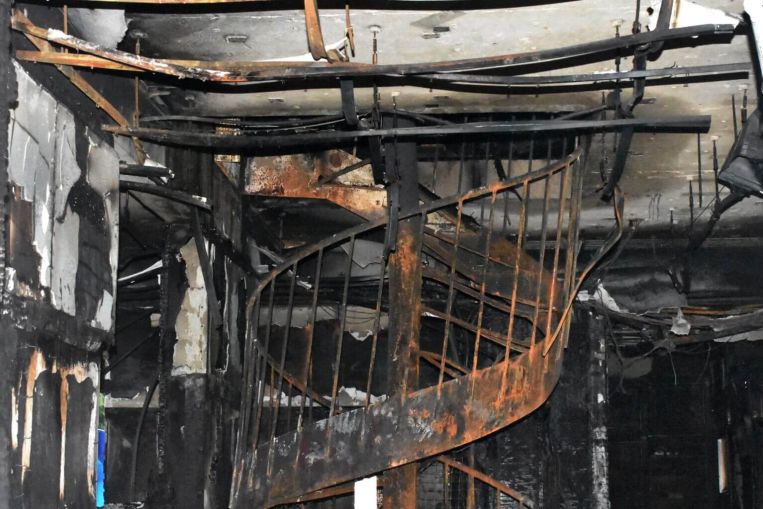 TOKYO (AFP) – Japanese police on Friday (July 26) raided the home of the main suspect in a deadly arson attack that killed 34 people at an anime firm in Kyoto, media reports said.

The suspect, identified publicly by police in a rare move as Shinji Aoba, reportedly remains in hospital in serious condition with burns from the blaze he is alleged to have started.

The horrifying inferno on July 18 killed 34 people, most of them believed to be in their 20s and 30s, and police have said the case is being treated as arson and murder.

Despite the suspect’s claim that Kyoto Animation, the company targeted, stole an idea from his novel, no link between the firm and Aoba has been found, local media said.

Aoba, who was found with burns all over his body, is still in critical condition and receiving medical treatment in a hospital in Osaka.

Police are reportedly searching for clues for any motive and how the crime was carried out.

Contacted by AFP, a Kyoto police spokesman could not immediately confirm the raid nor Aoba’s condition.

Kyoto Animation is a firm well-known among anime fans for its role in producing popular TV anime series including “The Melancholy of Haruhi Suzumiya” and “K-ON!”

Most of the 34 people killed are believed to be employees of the anime studio, and people are continuing to arrive at the scene to lay flowers and offer prayers.