The Japan-South Korea pact was designed to share information on the threat posed by North Korea Japanese Prime Minister Shinzo Abe has... 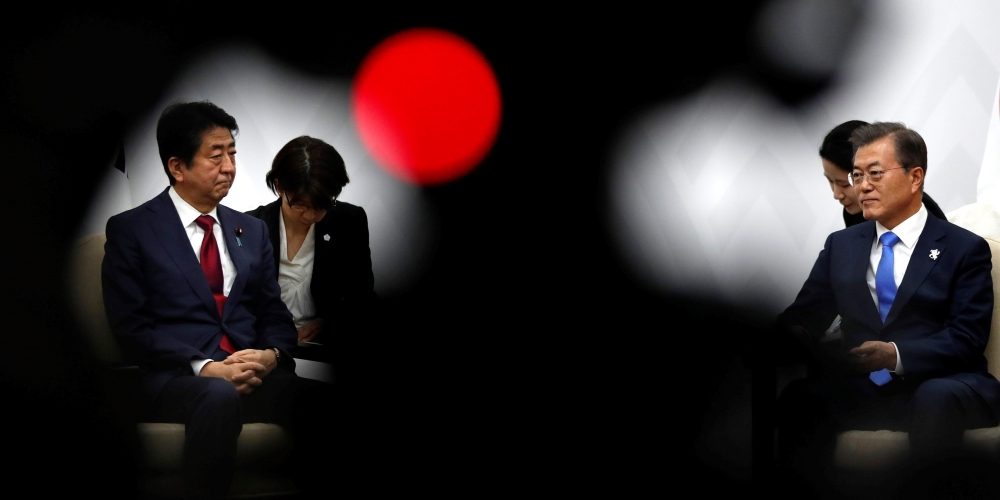 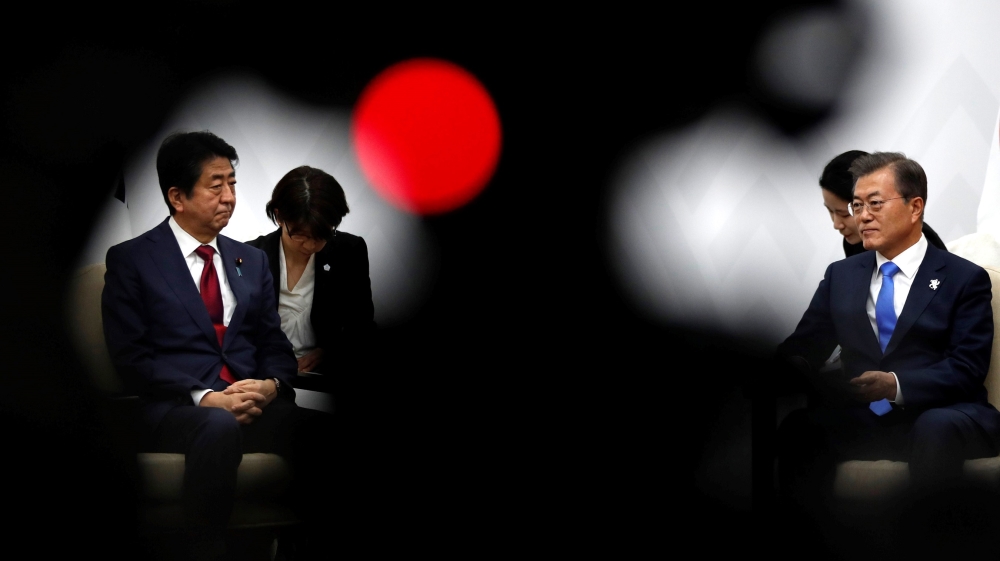 “Japan will urge South Korea to recover trust between us, including resolving the matter of violation of the international treaty between Japan and South Korea and hope South Korea will keep their promise,” Abe said on Friday, as relations between the two Asian neighbours and US allies continue to deteriorate.

Tokyo summoned on Friday morning the South Korean ambassador in protest of the decision to end the pact, which is due for automatic renewal on Saturday.

Japanese Foreign Minister Taro Kono also criticised Seoul for what he said was mixing the export controls with security issues.

“Given such issues as North Korea, everyone probably understands the importance of this agreement. But this decision was made while linking it to Japan’s review of export controls,” he told reporters. “I cannot help saying they are completely misreading the security environment.”

The General Security of Military Information Agreement (GSOMIA) was designed to share information on the threat posed by Pyongyang and its missile and nuclear activities – a threat underlined by the North’s recent launch of a series of short-range ballistic missiles.

On Thursday, South Korea said it was ending an intelligence-sharing agreement with Japan, further straining ties between Seoul and Tokyo amid a disputed over compensation for forced South Koreans labourers during World War Two.

Al Jazeera’s Rob McBride, reporting from Seoul, said the latest move by Seoul highlights how intertwined political and trade issues are between the Asian neighbours and US allies.

“It has taken many people here by surprise,”he added. “It was thought that South Korea, begrudgingly, would renew this pact, or at the very least freeze the pact.”

But many in South Korea are blaming Japan for starting the dispute, he said.

“It has opened up decades-old animosities between the two former adversaries.”

“Under this situation, we have determined that it would not serve our national interest to maintain an agreement we signed with the aim of exchanging military information which is sensitive to security,” Kim told a news conference.

They soured further when Japan tightened its curbs on exports of high-tech materials needed by South Korea’s chip industry, and again this month when Tokyo said it would remove South Korea’s fast-track export status.

“We’re disappointed to see the decision the South Koreans made about that information-sharing agreement. We’re urging each of the two countries to continue to engage,” Secretary of State Mike Pompeo told reporters in Ottawa, Canada.

“There is no doubt that the shared interests of Japan and South Korea are important and they’re important to the United States of America,” he added, saying he had spoken to South Korean Foreign Minister Kang Kyung-wha earlier on Thursday.

Analysts in the United States also saw the move as misguided and some blamed an inward-looking Trump administration for failing to pay sufficient attention to US allies.

“This is what America First gets us – everyone for themselves in lieu of a collaborative network of partners,” Daniel Russel, the State Department’s top diplomat for Asia until early in the Trump administration, told the Nelson Report online newsletter.

“At a time when North Korea’s nuclear and ballistic missile arsenals are rapidly expanding, the abrogation of GSOMIA directly harms US national security,” he said.

“And at a time when China’s assertiveness and new capabilities represent an unprecedented challenge, the disintegration of the U.S.-led alliance system is a disaster.”