The publicly funded event has taken place in a Tokyo park since 1952 to honour people for their achievements The Japanese government... 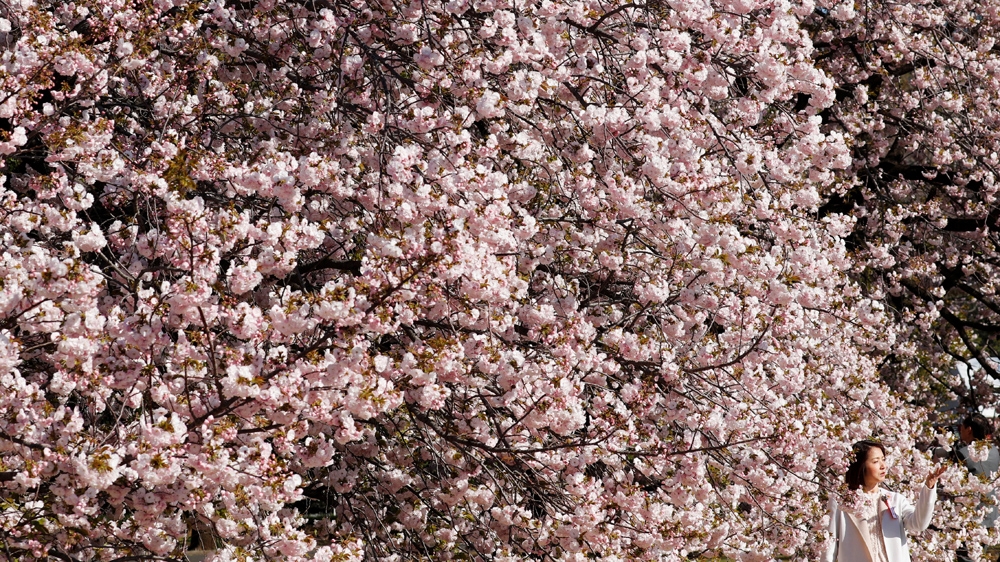 The publicly funded event has taken place in a Tokyo park since 1952 to honour people for their achievements [File:Getty Images]

The Japanese government said Wednesday it would scrap next year’s annual cherry blossom party after Prime Minister Shinzo Abe came under fire amid claims he invited too many of his own supporters.

The publicly funded event has taken place in a Tokyo park since 1952 to honour people for their achievements, with the great and the good of Japanese political life mingling under the world-famous cherry blossom trees.

But opposition politicians have taken aim at Abe, claiming he brought along 850 supporters from his local constituency for the festival reportedly costing around 55 million yen ($504,000) from the public purse.

In a surprise announcement, Chief Cabinet Secretary Yoshihide Suga told reporters that the government had “listened to various opinions” and as a result decided to shelve next year’s party.

Suga also pledged the government would “clarify the criteria for inviting guests and make the invitation process transparent.”

The number of guests invited to the event is steadily increasing and so is the budget.

The season is traditionally celebrated with “hanami”, or viewing parties, in cherry blossom hotspots, with picnics organised beneath the trees.

In general, blooms begin as early as March in the southern island of Kyushu and appear as late as May in northernmost Hokkaido.