Japan’s Olympics Minister Yoshitaka Sakurada has resigned over comments that offended people affected by a huge tsunami and earthquake in 2011. At a fund-raising... 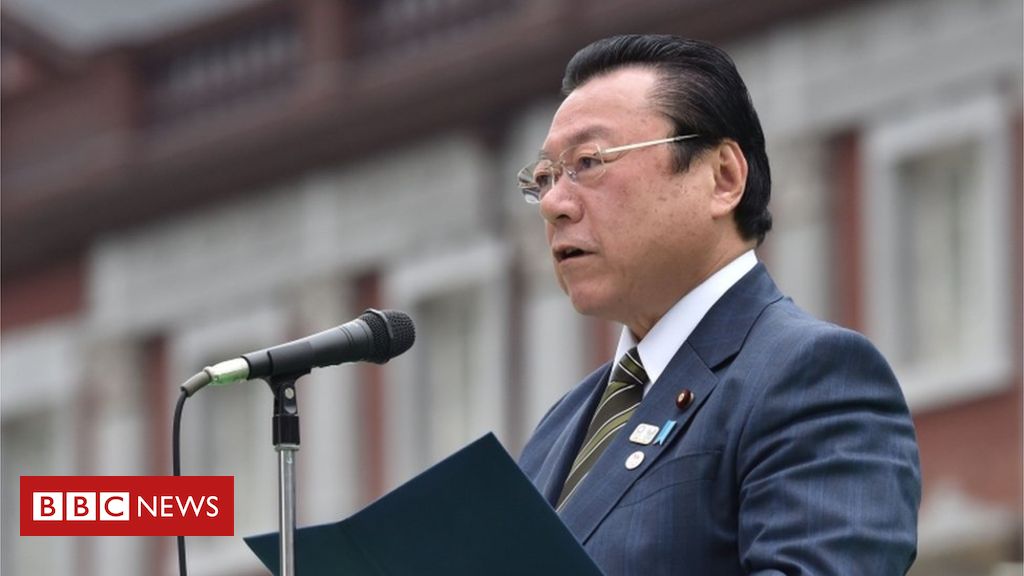 Japan’s Olympics Minister Yoshitaka Sakurada has resigned over comments that offended people affected by a huge tsunami and earthquake in 2011.

At a fund-raising event, he suggested that backing the governing LDP member of parliament for the region was more important than its economic revival.

It is not the first time Mr Sakurada has been forced to apologise.

He said in February that he was disappointed by a Japanese swimmer’s leukaemia diagnosis.

He said he was worried that medal favourite Rikako Ikee’s illness might dampen enthusiasm for next year’s Olympics.

“I deeply apologise for his remark to the people in the disaster-hit areas,” said Mr Abe.

The 2011 tsunami left more than 20,000 dead and caused a meltdown at the Fukushima Daiichi nuclear plant.

Shunichi Suzuki, who had been Olympics minister before Mr Sakurada was appointed last October, will return to the post.

In February Mr Sakurada had to make another apology, after arriving three minutes late to a parliamentary meeting.

Opposition MPs said his poor timekeeping showed disrespect for his office and boycotted a meeting of the budget committee for five hours in protest.

He also came under fire in 2016 for describing so-called comfort women forced to provide sexual services to Japanese war-time troops as “professional prostitutes”.