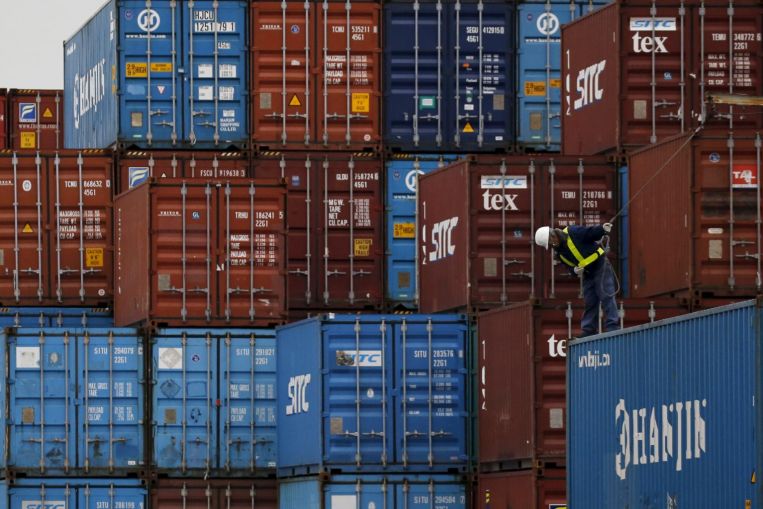 Here is a Question and Answer on trade white lists:

Different jurisdictions have different trade procedures. Not every territory adopts a trade white list, and may screen exports and grant licenses on the basis of other criteria.

But those that adopt some form of a trade white list – like the European Union (EU), Australia and Japan – use it as an export control mechanism for “dual-use items”, to guard against the proliferation of weapons of mass destruction.

Such dual-use items – defined as goods, software and technology that can be used for both civilian and military applications – may be used in everyday items like cars, smartphones and telephones, but in the wrong hands can be tapped for nefarious purposes.

Examples of such items include carbon fibres, titanium alloys, and gyroscopes.

Countries placed on a trade white list are ascertained to have taken strict export control measures to stop the re-routing or the smuggling of these components to a third country.

In Japan’s case, companies that export “dual-use items” to nations on the white list may apply for bulk licenses that are valid for multiple transactions over three years, thus effectively fast-tracking the customs procedure.

Most territories outside this white list undergo the usual customs procedure, by which permission is required for every contract to export such materials that have potential military misuse.

Japan’s Ministry of Economy, Trade and Industry says that the standard processing period is up to 90 days from the filing of an application, though generally licenses are granted within two to three weeks.

This has sparked concerns in South Korea over delays of shipments of parts that are vital to its semiconductor and technology industry.

Japan says a continuous review of its export control system – and its white list – is necessary for effective control over sensitive substances and technology from a security point of view.

This, it says, is fully compatible with the free trade regime – including World Trade Organisation rules, which do not bar countries from acting on security concerns.

South Korea was added to Japan’s list in 2004, and has been the only Asian country on the list since. But on Aug 28, it will become the first nation ever to lose its place.

What this means is that territories that are not on the list, like China, India, Taiwan and Singapore, go through normal customs procedures when importing “dual-use” items from Japan.

WHO IS ON OTHER WHITE LISTS WORLDWIDE?

The EU and Australia maintain their own lists of nations that can enjoy relaxed requirements. On the EU’s list are Australia, Canada, Japan, New Zealand, Norway, Switzerland, Liechtenstein and the US.

Australia’s list is identical to Japan’s, but without Argentina and South Korea.

In Singapore’s case, companies dealing with dual-use items can apply for bulk permits if they meet four criteria: (i) be a registered trade with the Singapore Customs; (ii) have good compliance records; (iii) achieve at least an “enhanced” band under the Trade Facilitation & Integrated Risk-based System; and (iv) implement effective internal compliance.

WHY HAS JAPAN TAKEN SUCH A STEP NOW?

Japan has accused South Korea of rebuffing its repeated attempts over three years to hold bilateral trade expert talks so as to address Tokyo’s security concerns.

This has significantly undermined trust, Japan said, stressing that the move to remove South Korea from its white list has nothing to do with differences on other issues like wartime labour and an ongoing territorial spat.

Seoul, however, sees the trade measure as a political tit-for-tat manoeuvre, arguing that there appears to be no other trigger and calling for more evidence from Japan that it has been negligent on its export controls.