TOKYO (AFP) – Japan on Saturday (April 27) kicked off an unprecedented 10-day holiday, including celebration days for the imperial transition, as airports were... 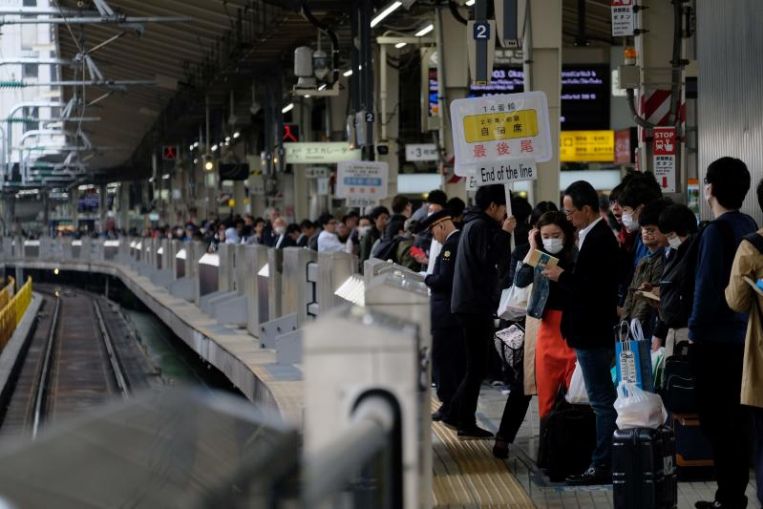 TOKYO (AFP) – Japan on Saturday (April 27) kicked off an unprecedented 10-day holiday, including celebration days for the imperial transition, as airports were packed with record travellers while people queued at teller machines in the cash-dominated nation.

Japan is preparing for the abdication of Emperor Akihito on Tuesday the day before the Emperor’s eldest son, 59-year-old Crown Prince Naruhito, takes the throne.

The long holiday for the famously hard-working Japanese combines two celebration days with the traditional “Golden Week” in May.

While many plan to commemorate the national ceremonies across the country, others are seizing the rare opportunity for a trip at home and overseas.

Domestic holidaymakers formed long queues for Shinkansen bullet services at Tokyo station to return home or go sightseeing, while highways were crowded with vehicles in a major exodus from the capital.

The number of travellers at home and overseas during the long holiday is expected to hit a record 24.67 million, according to Japanese travel agency JTB.

Lenders were bracing for the lack of bills at cash dispensers as customers are expected to withdraw sufficient cash as banks will remain closed until May 6.

On Friday, several cash dispensers in Tokyo were temporarily out of service as people rushed to ATMs to financially prepare for the holiday.

Cash is king in Japan and credit cards are much less popular than in other countries so it is common for people to carry around relatively large amounts of yen to pay for day-to-day things.

Not everyone is welcoming the long holiday in Japan, however, as some people are concerned about a limit to public and medical services while others who have to work over the period complain about childcare.

A survey by the Asahi Shimbun daily showed 45 per cent of Japanese “felt unhappy” about the long vacation, with only 35 per cent saying they “felt happy”.