Japan is not Considering Signing a Regional Trade Pact Without India

TOKYO (BLOOMBERG) – Japan is not considering signing a regional trade pact without India, the top Japanese negotiator said on Friday (Nov 29), ahead... 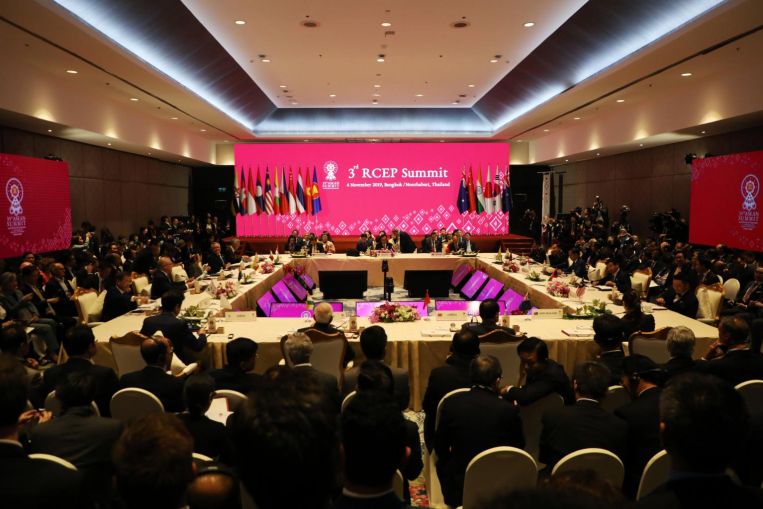 TOKYO (BLOOMBERG) – Japan is not considering signing a regional trade pact without India, the top Japanese negotiator said on Friday (Nov 29), ahead of a series of diplomatic exchanges in the coming weeks that include a visit to Delhi by Prime Minister Shinzo Abe.

India announced this month it was withdrawing from the Regional Comprehensive Economic Partnership (RCEP), citing the deal’s potential impact on the livelihoods of its most vulnerable citizens.

China said that the 15 remaining countries decided to move forward first and India was welcome to join the RCEP whenever it’s ready.

“We aren’t thinking about that at all yet,” Deputy Minister for Economy, Trade and Industry Hideki Makihara said in an interview with Bloomberg.

“All we are thinking of is negotiations including India.”

Mr Abe has sought to beef up ties with India across a range of fields to balance China’s regional dominance.

Japanese and Indian foreign and defence ministers hold their first joint meeting in a so-called ‘two plus two’ format this weekend.

Both countries are also part of four-way security talks with Australia and the US called the Quad, a move that Beijing has complained could stoke a new Cold War.

“It is meaningful from the economic, political and potentially the national security point of view,” Mr Makihara said of the inclusion of the world’s largest democracy in the pact.

“Japan will continue to try to persuade India to join.”

China has sought to accelerate the RCEP deal as it faces slowing growth from a trade war with the US.