TOKYO (THE JAPAN NEWS/ASIA NEWS NETWORK) – It is important for Japan and China to accumulate achievements resulting from bilateral cooperation in a wide... 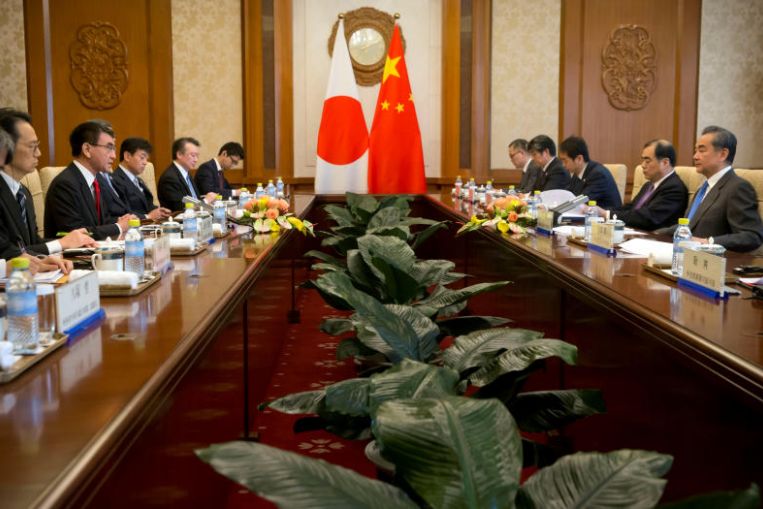 TOKYO (THE JAPAN NEWS/ASIA NEWS NETWORK) – It is important for Japan and China to accumulate achievements resulting from bilateral cooperation in a wide range of fields, thereby raising their mutually beneficial relations to a new stage.

The two nations have held a meeting of their High-Level Economic Dialogue in Beijing.

It was agreed that efforts will be made to promote trade and investment between them and reinforce their economic relationship.

There was no small significance to confirming this among cabinet members from both countries.

The economic dialogue had been interrupted until April last year, when such talks were resumed after a suspension of about eight years.

This was mainly because of China’s objection to Japan’s action of placing the Senkaku Islands under state control in 2012.

Another factor behind this seemed to be that China had gained greater confidence in its economy after overtaking Japan in gross domestic product (GDP).

China seems to have renewed its awareness of Japan’s importance, amid a slowdown in its economy due to the intensified trade friction with the United States since last year.

What is important for the two nations is to grapple with matters from which both sides can benefit and produce concrete results.

The Japanese and Chinese governments agreed, in effect, to seek an accord aimed at resuming Japanese beef exports to China, which have been suspended in response to the outbreak in Japan of Bovine Spongiform Encephalopathy (BSE).

Authorities from both nations should swiftly conduct final-stage talks over that objective.

Efforts must be made to increase bilateral cooperation in such areas as tourism promotion and energy conservation. It is also necessary to facilitate an environment for expanding bilateral trade.

Foreign Minister Taro Kono told China that such conduct serves as a factor behind Japanese corporations’ hesitation about investment and cooperation in China.

Establishing a fair market and abiding by international rules are indispensable for China’s sustainable growth. Japan must patiently continue urging the Chinese government to recognise this.

China asked Japan to be actively involved in its Belt and Road initiative, which seeks to create a huge economic bloc.

There have been some cases in which developing countries suffer from excessive debts due to their infrastructure development projects based on the initiative.

It is important for Japan to explore the possibility of cooperation with China in this respect, by limiting target matters to those that show consideration to the transparency of projects involved and to the fiscal health of partner countries.

The economic dialogue was followed by separate talks between Kono and Chinese State Councillor and Foreign Minister Wang Yi, where they confirmed necessary adjustments will be swiftly made in preparation for a visit to Japan by Chinese President Xi Jinping in June.

Efforts should be made to further promote a relationship of trust between both nations’ top leaders.

Stability in the East China Sea is indispensable for building long-term relations between the two nations.

The Xi administration needs to restrain provocative acts in areas surrounding the Senkaku Islands and agree to hold negotiations over joint development of gas fields.

During his talks with Wang, Kono referred to North Korea’s nuclear issue and emphasised the need for the international community to maintain pressure on Pyongyang.

China should implement UN Security Council resolutions adopted to impose sanctions on the North and prevent Beijing from becoming a “loophole” in joint efforts to hem in North Korea.

The Japan News is a member of The Straits Times media partner Asia News Network, an alliance of 23 news media organisations.