BEIRUT, Lebanon — A British man who was a critical player in creating and sustaining the Syrian civil defense group known as the White... 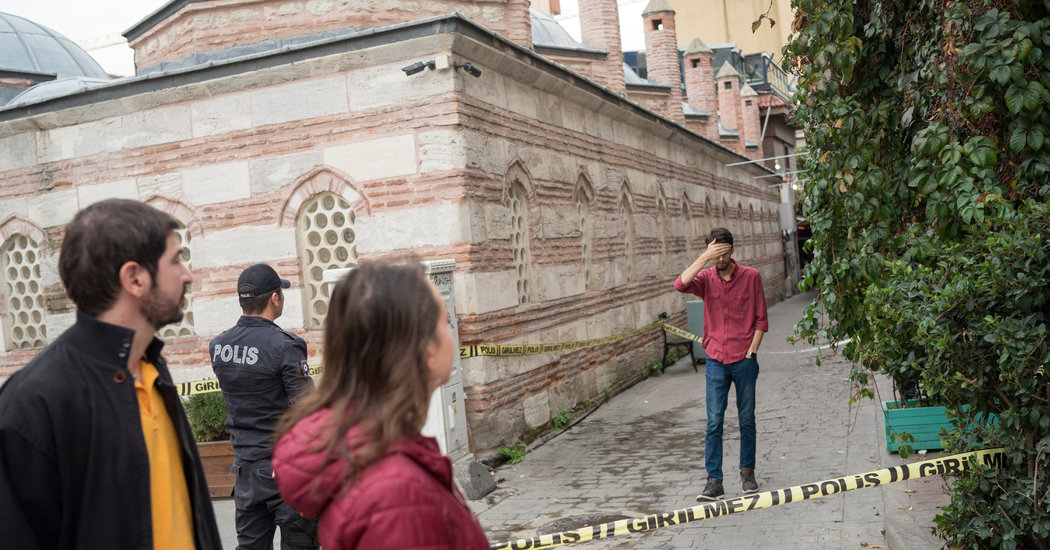 BEIRUT, Lebanon — A British man who was a critical player in creating and sustaining the Syrian civil defense group known as the White Helmets was found dead in Istanbul on Monday, a group official said.

The Briton, James Le Mesurier, was the founder and director of Mayday Rescue, a nonprofit group that has supported, funded and trained the White Helmets, a volunteer group that has gained international renown for rescuing wounded civilians during Syria’s civil war.

Mr. Le Mesurier’s body was found early Monday in the Beyoglu neighborhood of Istanbul, outside a building where he kept an apartment and office, said Raed Saleh, the lead organizer of the White Helmets.

“James was a real friend, and it’s a big loss,” Mr. Saleh said. He said that Mr. Le Mesurier’s wife had told the organization about his death.

“His death doesn’t mean the White Helmets will stop,” he added. “It will continue.”

The circumstances surrounding the death of Mr. Le Mesurier, who has been the target of repeated online disinformation campaigns about his ties to the White Helmets, were unclear Monday afternoon. Turkish news outlets reported that the police suspected he had died after falling from a height.

The Istanbul authorities said they had started an investigation.

Mr. Le Mesurier, a former British soldier and intelligence officer, arrived in Turkey in late 2012 as the Syrian civil war was raging across the border, hoping to help establish emergency response and civil police groups in areas held by rebels fighting to topple the government of President Bashar al-Assad.

He created Mayday Rescue, which took volunteers from Syria to southern Turkey for medical and emergency response training, provided them with equipment and supplied financial support. According to its website, Mayday, a nonprofit group, receives funding from the United Nations and international donors including Britain, Canada, Denmark, Germany, the Netherlands, the United States and the Qatar Fund for Development.

The volunteers formed Syria Civil Defense, which came to be known as the White Helmets, with the aim of providing lifesaving services in areas that were being bombed and shelled, like operating ambulances, fighting fires, and clearing rubble and ordnance.

After Russia threw its air force behind Mr. al-Assad in 2015, the White Helmets’ work in the aftermath of Russian airstrikes drew international attention, becoming the subject of an Oscar-winning documentary in 2016. The group has won several humanitarian awards.

After documenting and publicizing Russian and Syrian government strikes — including chemical attacks against rebel-held areas for which Western governments blamed Mr. al-Assad — the group became the target of sustained disinformation campaigns, often repeated and amplified by the Kremlin. Unfounded conspiracy theories latched onto the White Helmets’ foreign funding and ties to Mr. Le Mesurier, and held that the rescuers were a Qaeda-linked terrorist group responsible for staging the very same chemical attacks.

As recently as Friday, the Russian Foreign Ministry sowed doubt about Mr. Le Mesurier’s background as a British intelligence officer, saying on Twitter that he “has been spotted all around the world” and that Mr. Le Mesurier’s “connections to terrorist groups were reported back to his mission in #Kosovo.”

A week earlier, the ministry spokeswoman, Maria Zakharova, had accused the White Helmets, “together with terrorists,” of “plotting to stage new chemical weapons ‘incidents’” in Syria, according to a tweet from the Russian Embassy in London.

Perhaps sensitive to such accusations, Mr. Saleh insisted on Monday that Mr. Le Mesurier had not founded the White Helmets, despite Mr. Le Mesurier’s role in conceiving, financing and training the Syrian volunteers.

Mayday Rescue did not respond to an emailed request for comment. The British Foreign and Commonwealth Office in London declined to comment, saying it did not confirm the deaths of British nationals.