Jailed Iranian Zaghari-Ratcliffe Sends Her Daughter to UK for School

The husband of a British-Iranian mother jailed in Tehran since 2016 said on Saturday the couple’s decision to send their five-year-old daughter to him... 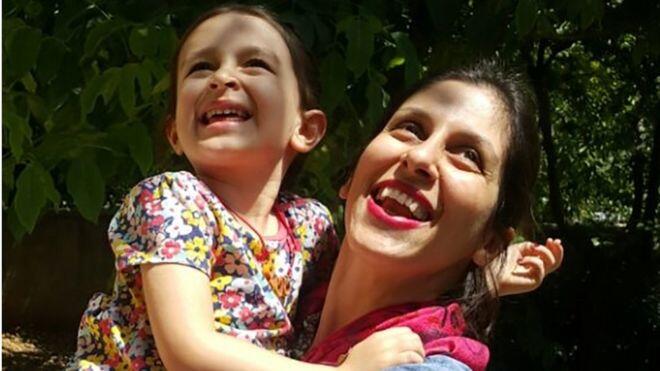 The husband of a British-Iranian mother jailed in Tehran since 2016 said on Saturday the couple’s decision to send their five-year-old daughter to him in Britain to start school was “bittersweet”.

Richard Ratcliffe, whose wife Nazanin Zaghari-Ratcliffe is serving a five-year term for sedition, told AFP he is looking forward to seeing daughter Gabriella for the first time in more than three years.

But she has been staying with relatives in Iran since her mother’s detention and visiting her in jail each week, so he fears the impact of the change.

“It will be bittersweet,” Ratcliffe said, adding they hoped Gabriella will be back in London by Christmas.

“It will be lovely to have her back… and then also we will be weary of the fallout for Nazanin,” Ratcliffe added, noting Gabriella had been “her lifeline and that lifeline will have been taken away.”

Zaghari-Ratcliffe, 40, stated in an open letter released earlier this week that Gabriella, who only speaks a few words of English, would return to Britain “in the near future”.

“My baby will leave me to go to her father and start school in the UK,” she wrote.

“It will be a daunting trip for her travelling, and for me left behind.

“And the authorities who hold me will watch on, unmoved at the injustice of separation,” Zaghari-Ratcliffe added, describing being apart from her daughter as the “deepest torture of them all.”

Zaghari-Ratcliffe was arrested in April 2016 as she was leaving Iran after taking their then 22-month-old daughter to visit her family.

She was sentenced to five years for allegedly trying to topple the Iranian government.

A project manager with the Thomson Reuters Foundation, the media group’s philanthropic arm, she denies all charges.

The case has unfolded amid escalating tensions between Tehran and the West, particularly with the United States and Britain.

Her detention in Iran has included a week-long transfer to a mental health ward of a public hospital earlier this year.

Husband Ratcliffe said they had applied for an exit visa for Gabriella but were unsure how long it would take.

In her open letter, addressed to “the mothers of Iran”, Zaghari-Ratcliffe said she had little hope of being released imminently.

“My hope for freedom from my own country died in my heart years back,” she stated.

“I have no hope or motivation after my baby goes. There is no measure to my pain.”

In response to the letter, rights group Amnesty UK called on Tehran to free the mother.

“It’s time for Iran to end this cruel punishment,” it said.