Italy’s Senate could convene as early as August 20 to declare the end of the government Italy’s far-right Interior Minister Matteo... 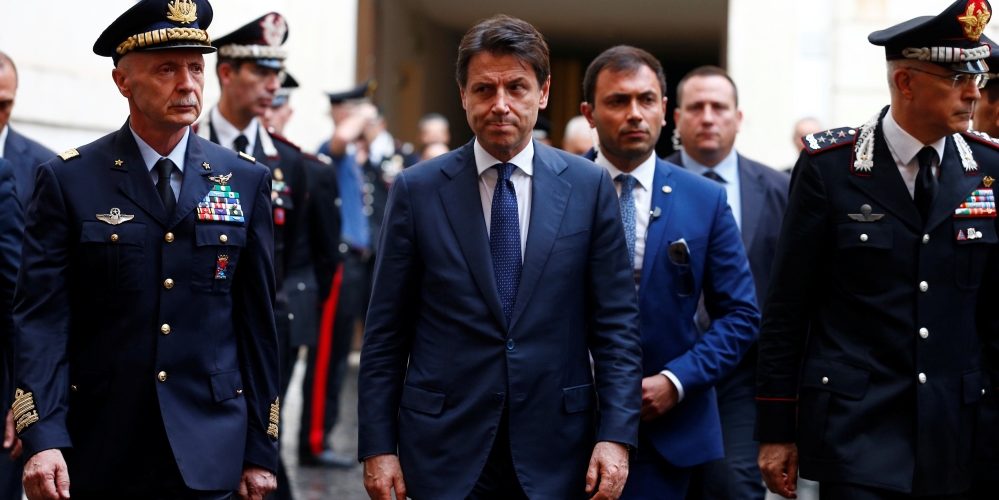 Italy’s Senate could convene as early as August 20 to declare the end of the government [File: Remo Casilli/Reuters]

Italy’s far-right Interior Minister Matteo Salvini pulled his support for the country’s governing coalition on Thursday, and called for snap elections, prompting the country’s prime minister to demand that he “justify” his decision to provoke a political crisis.

Salvini, whose hardline League party has already called for snap polls, has clashed with his fellow Deputy Prime Minister Luigi di Maio of the anti-establishment Five Star Movement (M5S) party over a range of policies.

He stepped up the pressure on Thursday, saying there was no longer a majority to support a government and calling for new elections.

“Let’s go straight to parliament to say there is no longer a majority… and quickly go back to the voters,” Salvini said.

Prime Minister Giuseppe Conte, who had held separate talks with Salvini and the country’s President Sergio Mattarella as the crisis deepened, said in a statement later that the interior minister does not summon parliament and “it’s not up to him to dictate the steps of the political crisis”.

Conte called on Salvini “to explain to the country and justify to the electorate, who believed in the possibility of change, the reasons that brought him to abruptly interrupt” the activities of the government.

Both houses of parliament are currently on recess for the holidays and are not due back until September.

Long-rumbling tensions between the 14-month-old coalition’s populist leaders have peaked in recent days, with the row centred on the financing of a multibillion-euro high-speed train line.

An early election may benefit Salvini, with recent opinion polls putting the League ahead, leaving open the possibility that it could govern in alliance with another smaller far-right party, Fratelli d’Italia. 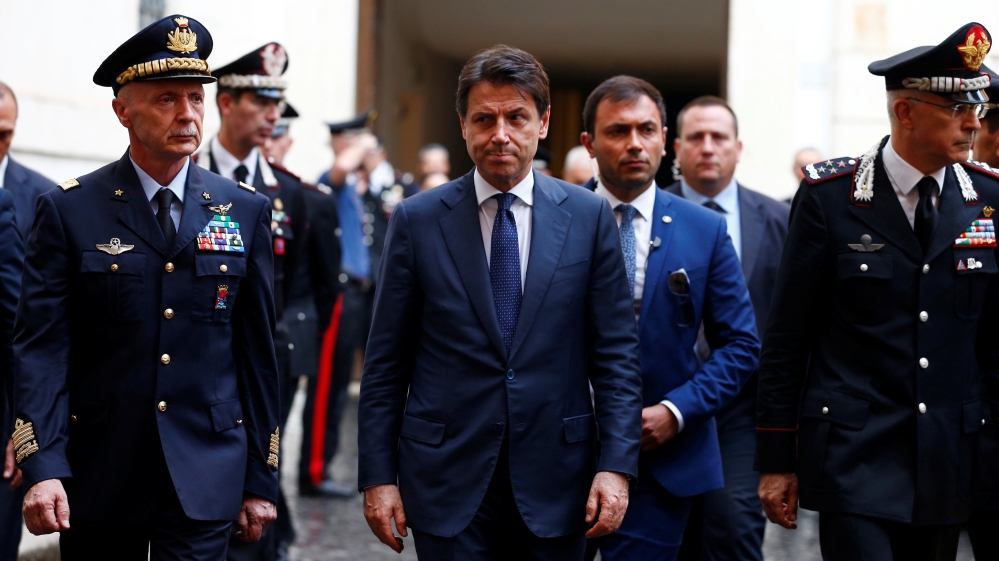 That reflects the inversion in the popularity of the coalition partners, which came to power in June 2018, after an election that saw M5S take 32 percent of the vote, while the League scored 17 percent.

In the European Parliament election in May this year, however, the League took the most votes in Italy at 34 percent. M5S received about 17 percent.

The partnership, which has been rocked by ongoing spats, has appeared to sour further in recent weeks.

According to Italian media reports, Salvini, in earlier talks with Conte, set conditions for staying in the coalition – including the resignation of transport, defence and economy ministers, who have resisted his projects and policies.

“The League and M5S have been diverging in their vision for too long on matters that are fundamental for the country,” the League said in its statement on Thursday.

“This government’s only option is to let Italians have their say” by calling elections, it added.

Salvini on Thursday denounced “repeated insults against me and the League by supposed allies”.

For his part, di Maio said that his M5S party “is ready” to return to the polls.

The opposition has also called on the government to resign, arguing it no longer has a workable majority in parliament after di Maio voted against the Lyon-Turin rail project, which involves a $9.8bn tunnel through the Alps.

But President Mattarella, who has the sole power to dissolve parliament, has insisted there must be a government in place to finalise the budget, a first draft of which has to be submitted to European Union authorities by the end of September.

The government is struggling to rein in its public deficit and its mammoth debt mountain of more than $2.57bn.

Italian news agency AIG on Thursday said that the Senate could convene as early as August 20 to declare the end of the government, with the dissolution of parliament possible in the following days.

According to Italy’s constitution, new elections would then have to be held within 50 to 70 days.