Italy is back at the FIBA Basketball World Cup

It took 13 long years of waiting for the “Azzurri” fans; but when Kobe Bryant, remembering the country where he spent his childhood, during... 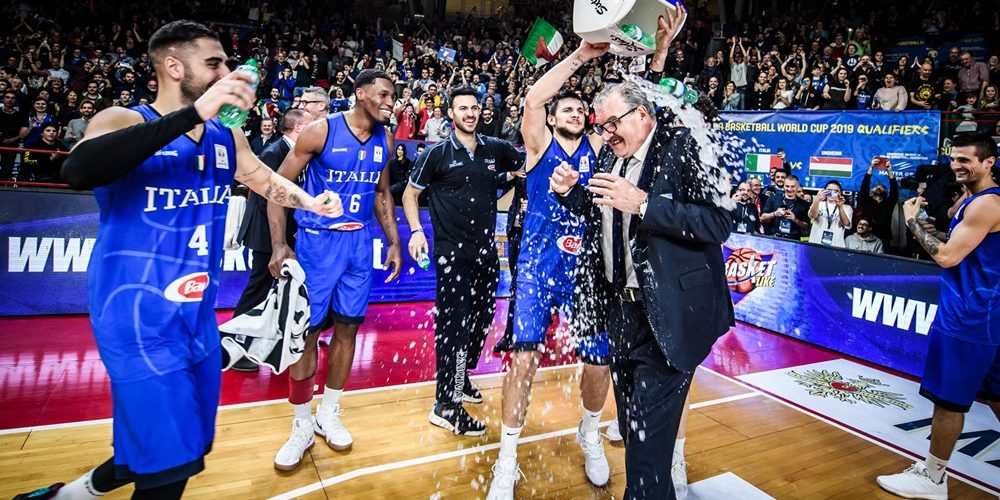 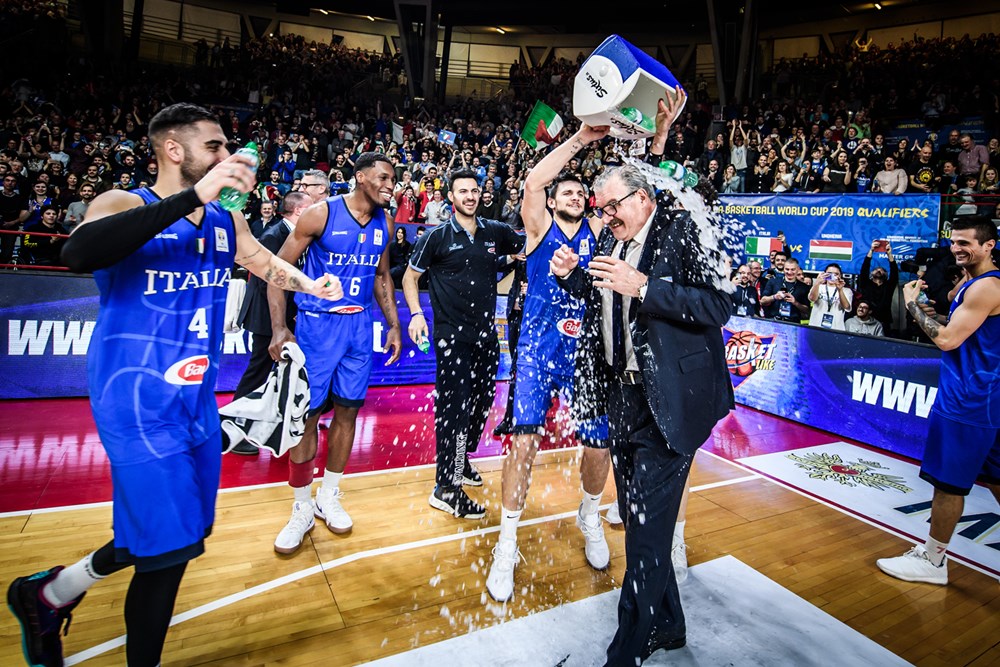 It took 13 long years of waiting for the “Azzurri” fans; but when Kobe Bryant, remembering the country where he spent his childhood, during the Draw Ceremony spelled “Italia”, they all smiled as The Black Mamba himself, feeling they were officially back again to a FIBA Basketball World Cup Tournament.

As a matter of fact, despite average-to-good results in Eurobasket competitions following the failed qualification to the edition of 2009, the only generation of Italians with multiple NBA players never had the opportunity to shine in the bigger competitions such as the Olympics or FIBA Basketball World Cup itself (with the exception of a 20-year-old Marco Belinelli in 2006).

In 2013 the eighth place in Eurobasket was the first one that failed to qualify for the World Cup, and Italy’s loss against Serbia meant the possibility to participate in the tournament was lost.

In 2015 even if Italy gained a good sixth place, it still wasn’t enough to earn a spot at the Olympics; in the following year Italy lost too, against Croatia, in the final of the Olympic Qualifying Tournament in Turin.

So, a new coach was hired: Romeo “Meo” Sacchetti, winner of all three italian competitions for clubs in 2015 with the underdog Dinamo Sassari, was chosen to guide Italy through 2019 World Cup Qualifiers. With his renowned run and gun style of play he was successful, leading Italy to finally achieve the return to the biggest stage.

With the long awaited chance to compete on the world stage this summer, for the probable last run of the current core in the National team, none of the best players are withdrawing from the preliminary list for the tournament.

Among them, some players are coming from the best season in their career.

Just as he led an unexpected qualification to the playoffs for the Clippers (in which they also set the record of the largest comeback in NBA playoff history) he’s expected to be the leader of the italian squad too, like he was during 2015 European Championship.

Following his participation in the FIBA Basketball World Cup in 2006, Marco Belinelli has grown from a youngster to a veteran; he’s been among the 3 top scorers for Italy in every competition he’s played with the national team. His offensive production is still huge, with a lot of trick shots addend to his arsenal during his year spent in a mentorship role with the San Antonio Spurs.

The team Captain Gigi Datome along with Nicolò Melli are coming off another successful season in Fenerbahce, winning both the Turkish Basketball Cup and Süper Ligi, cementing their status as key players for the Turkish powerhouse.

Daniel Hackett had a strong year too, the best one of his career, with a prominent role mainly as a defensive specialist contributing to the dominance of CSKA Moscow in the VTB League and Euroleague, winning both.

Even if those five played just 5 games combined during the qualifiers, there is no doubt that (injuries aside) they will be part of the 12 of the final selection. An important role could also be played by Jeff Brooks and Alessandro Gentile. The first one, even if he debuted with the national team just 9 months ago, has already proven he can provide energy and versatility in the front court; the second one, coming off a redemption season with the Club Baloncesto Estudiantes (where he was instrumental to let the club staying in Liga ACB) can add offense to the group with his versatile scoring repertoire.

Among guards and small forwards there will be a huge fight to take a spot in the final roster between Awudu Abass (best italian scorer in Serie A with 13.9 points per game), Amedeo Della Valle (leading scorer of Italy during qualifiers with 17.8 points per game), Stefano Tonut ( a great end of the season with Reyer Venezia), Pietro Aradori (Basketball Champions League winner), Riccardo Moraschini (after his breakout season in Brindisi), Michele Vitali (3-points shooter with a steady improvement during these last years).

About big men, where the team is lacking depth, maybe coach Meo can rely to Brian Sacchetti, his own son. Noteworthy is the absence of Niccolò Mannion. By far the best Italian young prospect just 18 year of age, destined to be one of the top picks in the NBA Draft of 2020. Whilst he didn’t make this selection, it would have been interesting to see him in China. He will no doubt get the opportunity to play in many other tournaments with the Azzurri jersey.

The final choice of the 12 that will make the trip to China will not be easy for Meo Sacchetti, that had himself a great season, being named best coach of Serie A after guiding Vanoli Cremona to conquer the first trophy in the history of the club. He will try to channell the talent of the players available with his freewheeling uptempo basketball. This is a team that can field five reliable outside shooters all together on the court, trying to overcome the huge disadvantage in terms of size and weight that Italy will likely face in certain matchups.

The last doubts will be settled during preparation games; Italy will play in four tournaments, with the opponent’s level getting higher as the World Cup becomes closer. That’s the full list of matches:

In China, Italy will compete in Group D, with Angola, Serbia and the Philippines. The minimum goal for the team is being one of its top-two finish. That would put them in Second Round Group J, meeting the top two sides from a Group C that is made up of Spain, Iran, Puerto Rico and Tunisia.

The countries that finish first and second in Group J will then advance to the Quarter-Finals. If the squad would be able to reach them, they will improve on their previous result in a FIBA Basketball World Cup (the 9th place of 2006). It will then of course be so much harder to return to the podium like ‘old days’: but after so long away from this level of competition, Italy will be desiring a medal to add to the silver gained in the 2004 Olympics.