Istanbul’s top two mayoral candidates faced off on Sunday for a televised debate a week ahead of the June 23 rerun of the mayoral... 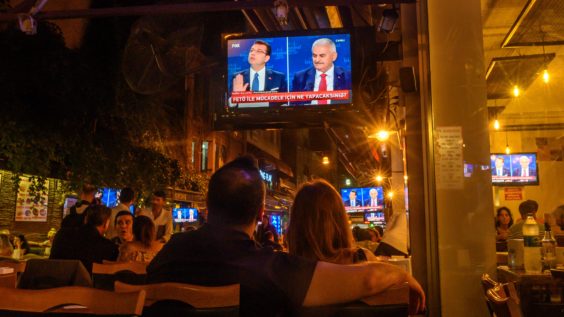 Istanbul’s top two mayoral candidates faced off on Sunday for a televised debate a week ahead of the June 23 rerun of the mayoral election. In the live debate, the candidates largely focused on the reasons for the rerun.

Binali Yildirim, candidate of the ruling Justice and Development Party (AKP), a former prime minister and a loyalist of President Recep Tayyip Erdogan, ran against the main opposition Republican People’s Party (CHP) candidate, Ekrem Imamoglu, in the original March 31 voting, when the AKP suffered a shock defeat in Istanbul and Ankara after the party and its predecessors had run the two cities since 1994. Imamoglu, a former district mayor, won by around 13,000 votes.

But Turkey’s top election body ordered a re-run of the Istanbul election after a challenge by the AKP, which claimed that there had been suspicious votes and irregularities.

Onur Efrim, a former chief advisor to the mayor of Ankara, an international policy advisor and today president of Dragoman Strategies, a consulting firm, joined The Media Line for a look at the upcoming rerun of the Istanbul mayoral election.