Istanbul’s rerun of March’s mayoral election begins today, as voters head to the polls for the second time in what has been described as... 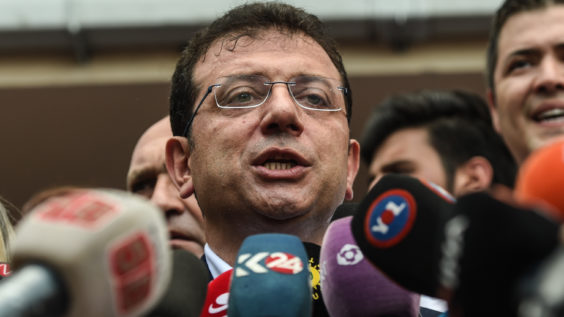 Istanbul’s rerun of March’s mayoral election begins today, as voters head to the polls for the second time in what has been described as a test of President Recep Tayyip Erdogan’s political fate. In the initial March 31 vote, the opposition Republican People’s Party (CHP) candidate Ekrem Imamoglu narrowly defeated Binali Yildirim, a former prime minister and Erdogan’s AK Party (AKP) contender, delivering a significant blow to the Turkish president, who was the city’s mayor in the 1990s. The loss added salt to the political wound given that his party had also lost elections in the Turkish capital, Ankara. However, weeks of AKP appeals citing irregularities precipitated Turkey’s High Election Board in May to annul the outcome of the Istanbul vote – drawing international and domestic criticism – and has raised the stakes for today’s redux as a test of Turkey’s democracy. Istanbul is Turkey’s largest city, making up nearly a fifth of the country’s population. Polls have shown CHP’s Imamoglu with a lead over AKP’s Yildirim. Results will be announced in the evening.