Israel has sought to expel Omar Shakir, HRW director for Israel and the Palestinian territories for more than a year Israel‘s Supreme... 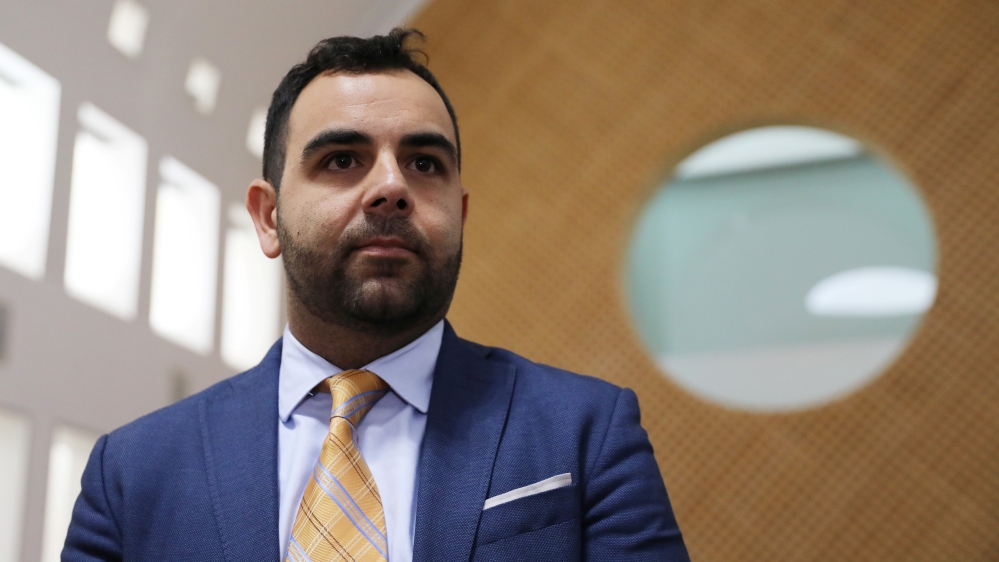 Israel has sought to expel Omar Shakir, HRW director for Israel and the Palestinian territories for more than a year [Ammar Awad/Reuters]

Israel‘s Supreme Court has upheld a government decision to expel a senior Human Rights Watch (HRW) official over his alleged support for promoting boycotts of the country.

The unanimous three-judge decision supporting the Israeli government’s move against Omar Shakir, a US citizen who represents HRW in Israel and the occupied Palestinian territories, was published on Tuesday on the court’s website.

It will now be up to the government whether to follow through and deport Shakir, who brands the move a bid by Israel to silence and delegitimise critics of its treatment of Palestinians.

“If it proceeds, I have 20 days to leave and it’ll join ranks of Iran, North Korea & Egypt in blocking access for HRW official,” Shakir tweeted after the decision was announced, referring to Israel, which has sought to expel him for more than a year.

Breaking: Israeli Supreme Court upholds my deportation over my rights advocacy. Decision now shifts back to Israeli gov; if it proceeds, I have 20 days to leave & it’ll join ranks of Iran, N Korea & Egypt in blocking access for @hrw official. We wont stop. And we wont be the last https://t.co/Wf4FAyK2Qk

It would be the first expulsion of its kind under a 2017 law allowing the deportation of foreigners who support boycotting Israel, though there have been cases of people being denied entry under the measure.

Israeli law bars entry to those who publicly support a boycott of Israel or its illegal settlements in the occupied West Bank.

The case against him was initially based on alleged statements in support of a boycott he made before taking up his post, HRW says.

The government later added new statements it alleges are in support of a boycott.

HRW says it has criticised Israel’s human rights record but has never advocated a boycott, and the same is true for Shakir since he joined the organisation.

It says Shakir is being targeted for the group’s opposition to settlements in the West Bank, which are considered illegal by international law, and its calls for companies to stop working with the settlements.

In the run-up to the court decision, HRW said Israel’s moves against Shakir showed it was seeking to suppress criticism of its human rights record.

Israel’s ministry of strategic affairs, which probes potential violations of the 2017 law, alleges Shakir’s activism, particularly related to the country’s occupation of the West Bank, has amounted to calls for a boycott.

The BDS movement – Boycott, Divestment and Sanctions – calls for a boycott of Israel over its treatment of Palestinians.

Israel sees the movement as a strategic threat and accuses it of anti-Semitism – a claim activists strongly deny.