The Palestinian Authority has denounced as “extremely dangerous” Israel’s plan to facilitate emigration from the Gaza Strip. The condemnation came a day after a... 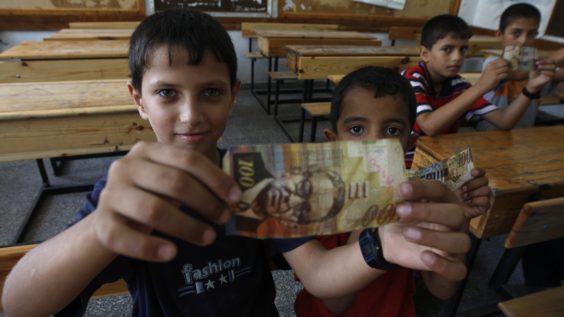 The Palestinian Authority has denounced as “extremely dangerous” Israel’s plan to facilitate emigration from the Gaza Strip. The condemnation came a day after a senior Israeli official said that Jerusalem was willing to cover the cost for Palestinians willing to relocate and would allow them to depart from an Israeli airfield located close to the Hamas-ruled enclave. The Israeli official also revealed that the National Security Council was in contact with European and Arab countries to gauge their willingness to absorb Gazans, although no response had thus far been received. It is estimated that some 35,000 Palestinians left Gaza in 2018, traveling to Egypt through the Rafah border crossing and then many of them transiting to other destinations. The PA Foreign Ministry accused Israel of “targeting Palestinians and Gaza’s livelihoods, and squeezing them in order to motivate them to emigrate.” According to the United Nations, more than half of Gaza’s population lives in poverty, a situation that Israel blames on Hamas’ alleged use of donor funds to build its military machine instead of allocating the money to humanitarian causes.