Israel’s Blue and White list – which garnered the same amount of seats as the ruling Likud in April’s election – has warned of... 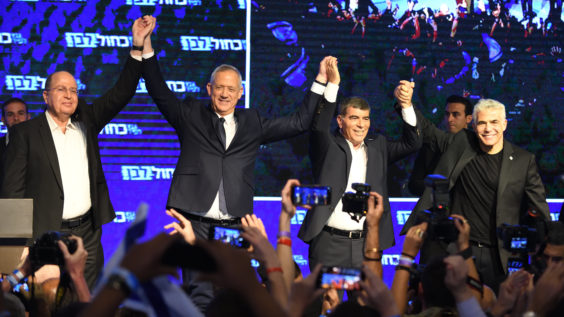 Israel’s Blue and White list – which garnered the same amount of seats as the ruling Likud in April’s election – has warned of a possible wide-scale military operation in the Gaza Strip. Blue and White leader Benny Gantz – a former chief-of-staff of the Israel Defense Forces – said that if he wins the upcoming September 17 vote he would present the Palestinian terror group with numerous demands that, if not met, would lead to an Israeli ground invasion of the coastal enclave and the assassination of top Hamas officials. “We don’t intend for the deterrence [vis-à-vis Hamas] to erode and the rounds of fighting to continue,” Gantz asserted while touring the southern city of Sderot, which borders Gaza and over the past decade has been the target of thousands of rockets. “The next time something happens here,” Gantz added, “we will not accept a ceasefire; we will bring about the defeat of Hamas.” Prime Minister Binyamin Netanyahu’s political rivals have repeatedly denounced what they view as a weak approach to Hamas, which, along with Iranian-sponsored Islamic Jihad, has initiated intermittent deadly flare-ups by launching hundreds of projectiles into Israeli territory. Netanyahu has perhaps foremost been criticized for allowing Qatar to disburse tens of millions of dollars to Hamas, in what many view as “hush money” paid to the terror group in order to maintain some semblance of calm. Blue and White is currently polling neck-and-neck with the Likud, although Netanyahu – who following April’s vote was unable to cobble together a government – still appears to have the best chance to form a 61-member majority coalition after next month’s do-over election.