Israel’s attorney general has filed a formal indictment in court against Prime Minister Benjamin Netanyahu. It came after Mr Netanyahu withdrew a request for... 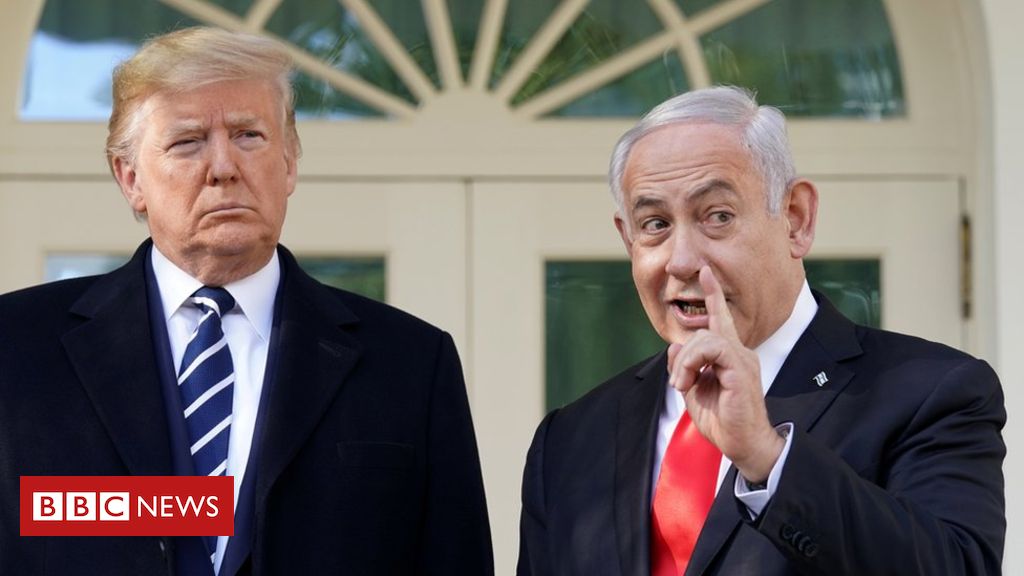 It came after Mr Netanyahu withdrew a request for parliamentary immunity from prosecution on charges of bribery, fraud and breach of trust in connection with three separate cases.

He has denied any wrongdoing.

The Israeli parliament had been due to open a debate on the immunity request on Tuesday. But Mr Netanyahu said he would not have got a fair hearing.

He also criticised opponents for going ahead with the debate when US President Donald Trump was due to unveil his long-awaited Middle East peace plan.

On Wednesday, Mr Netanyahu will fly to Moscow to brief Russian President Vladimir Putin on the plan, Israeli officials said.

What did Mr Netanyahu say?

Israel’s longest serving prime minister is accused of accepting gifts from wealthy businessmen and dispensing favours to try to get more positive press coverage. He says he is the victim of a politically motivated “witch hunt”.

In a Facebook post published on Tuesday morning, Mr Netanyahu said he had informed the speaker of parliament, which is known as the Knesset, of his decision to withdraw his request for immunity.

“At this fateful hour for the people of Israel, while I am in the US on a historic mission to shape Israel’s permanent borders and ensure our security for future generations, another Knesset show is expected to open in the immunity circus.”

He added: “Since I was not given due process, because all the rules of Knesset work were trampled on, and since the results of the procedure were pre-dictated without proper discussion, I decided not to let this dirty game continue.”

Mr Netanyahu vowed that in due course he would “shatter all the disproportionate claims made by my detractors”. “But right now, I will not allow my political opponents to use this matter to interfere with the historic move I am leading.”

What does this mean?

It is the first time a serving Israeli prime minister has been formally charged with criminal offences, he adds.

The court will now set a date for the start of Mr Netanyahu’s trial.

It could take many months before the trial starts. And even if convicted, Mr Netanyahu would not be required to step down as prime minister until the appeals process was exhausted – something that could take years.

The Knesset was widely expected to reject the prime minister’s immunity request because he and his allies do not control a majority of seats.

Mr Netanyahu’s opponents welcomed the fact that the prosecution would proceed before Israelis headed to the polls in March for a third election in a year.

“Netanyahu goes to trial – we must move forward,” Benny Gantz, the leader of the Blue and White party and Mr Netanyahu’s chief rival for the premiership, said on Tuesday. “Israel’s citizens have a clear choice: a prime minister who will work for them or a prime minister who is preoccupied with himself.

“No-one can run a state and at the same time manage three serious criminal cases for bribery, fraud and breach of trust.”

The chairman of the Joint List – an alliance of Arab parties – said: “The road to trial is paved and there is no diplomatic PR show in the world that will stop him from standing trial on bribery, fraud and breach of trust.”