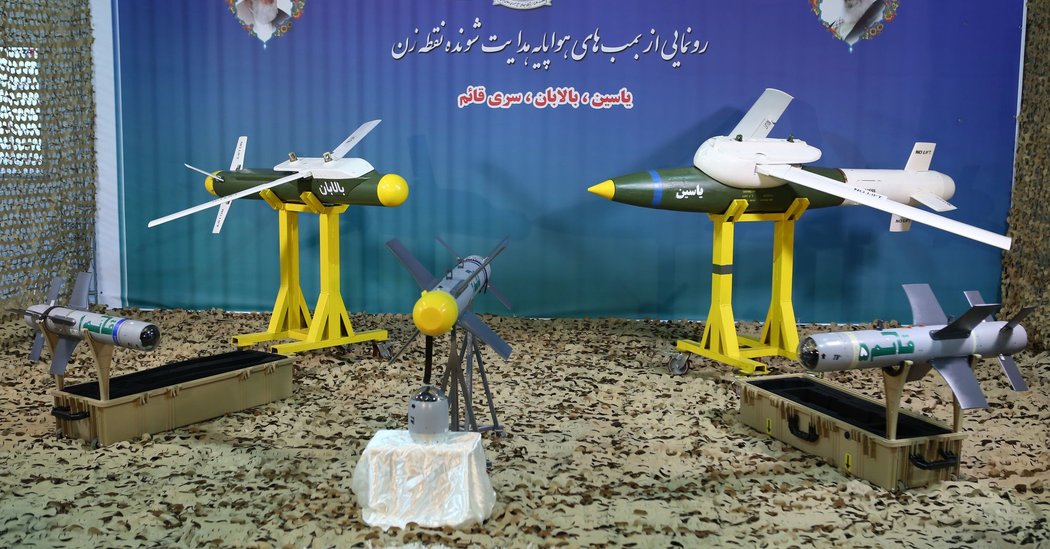 In what Prime Minister Benjamin Netanyahu called a “major operational effort,” Israeli fighters hit the Syrian town of Aqraba, around 10 miles from the Israeli-controlled Golan Heights, around 11 p.m. Saturday.

“If someone rises up to kill you, kill him first,” Mr. Netanyahu said on Twitter, alluding to a Talmud passage justifying self-defense.

‘If someone rises up to kill you, kill him first.’ I have directed that our forces be prepared for any scenario. We will continue to take determined and responsible action against Iran and its proxies for the security of Israel.

The unusual announcement of an Israeli strike inside Syria included word of what the Israeli military described as a new Iranian tactic: kamikaze-style unmanned vehicles designed to hit a target and blow up on impact.

Israel has been battling for several years to prevent Iran from establishing bases for weapons and forces that can strike Israel from Syria. It has acknowledged making hundreds of airstrikes in Syria, though until fairly recently it usually refrained from openly taking responsibility for them.

Last month, Israel attacked what it said was an Iranian weapons depot in Iraq, representing an expansion of its military campaign against Iranian targets in Syria.

In February 2018, Israel said it intercepted and destroyed an Iranian drone that penetrated its airspace from Syria, then attacked the base it had been launched from, losing an F-16 fighter in the process.

But while the earlier sort of drone carried munitions it could fire on a target, Israel said, the new type is meant to strike the target itself.

“The drone itself is like a missile,” said Lt. Col. Jonathan Conricus, an Israeli military spokesman.

Israel aimed only to destroy offensive infrastructure, Colonel Conricus said, but fighters belonging to both the Quds Force, an elite unit of the Iranian Revolutionary Guards Corps, and Shiite militias allied with Iran were present.

“It is probable that there were casualties, but you will hear that from them,” he said.

The Syrian Army said in a statement that “the majority of the Israeli missiles were destroyed before reaching their targets,” Reuters reported. But Colonel Conricus said the Israeli impact was “significant.”

The Israeli army chief of staff and his deputy and the heads of the Israeli Air Force and military intelligence were all at the military’s headquarters in Tel Aviv, and the Northern Command was on alert.

Israel gave no information on the size or number of the drones or their explosive payloads, or the number of Israeli warplanes involved in the airstrike.

Nor did it say exactly how it knew Iran was preparing to deploy the drones against it, only citing unspecified intelligence.

But Colonel Conricus said that “there was a very open threat as well.”

He pointed to a post on the Telegram messaging service on Thursday by a writer he said was “close to the Iranian regime,” Mohammed Imani, who warned, “if, at night and in the coming days, unidentified UAVs attacked sensitive security, military and nuclear targets, or major Zionist ports and centers in occupied Palestine, it should not be surprising.”

“From now on,” Mr. Imani added in his post, which Colonel Conricus shared with reporters, “Israel must wait for bad news and drone strikes on Dimona, Haifa and Tel Aviv.”

“They made preparations that we were following,” he said. “We understood that they were trying to execute their attack. We operated in such a way as to thwart the attack.”

But he provided no other details.